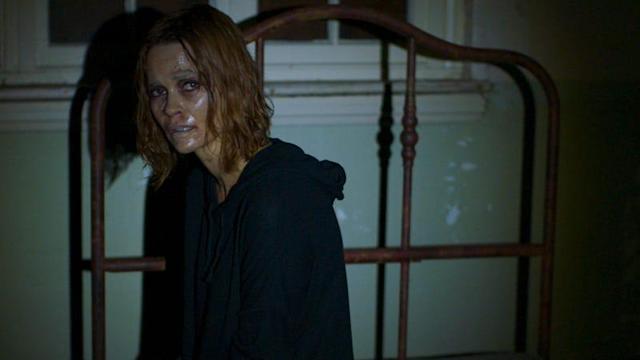 I’m just going to say this about the new trailer for Neill Blomkamp’s upcoming supernatural horror, Demonic: this shit looks fucking wild. Or at least, the plot is so bizarre that I can’t wait to see how he pulls it all off. Perhaps he doesn’t? I don’t know but damned if I don’t want to see him try.

The film stars Carly Pope as a woman reconnecting with her mother (Nathalie Boltt) after a medical emergency. The mom goes on a homicidal rampage and is put under sedation in a virtual reality world where the daughter goes to speak with her about what happened. Only when she returns to the real world she’s followed by demons? And the Vatican steps in with their own Black Ops hit squad or something? Dude. I’m in.

This marks Blomkamp’s first movie since the heavily ridiculed Chappie in 2015. He also directed Elysium in 2013, but made waves with his Best Picture-nominated debut, District 9. He set the bar pretty damn high with that one. Demonic might not reach those heights, either, but it looks like Hell of a lot of fun. The film opens on August 20th.