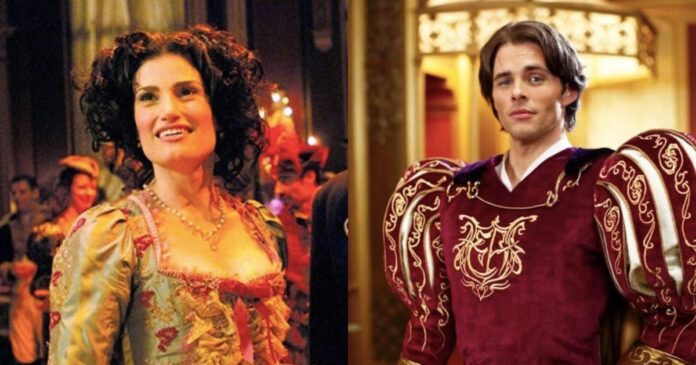 It’s taken almost fifteen years, but a sequel to Enchanted is finally happening and the whole gang is returning. With Amy Adams and Patrick Dempsey already back for Disenchanted, now comes word via a livestream with composer Alan Menken that James Marsden and Idina Menzel will be joining them.

“Amy Adams is in it. Patrick is in it. Idina Menzel is in it. James Marsden — they’re in it,” Menken said during the live stream. Menken also performed a rendition of his Oscar-nominated song “That’s How You Know”, and says Disenchanted is “filming now.”

Adams has been circling a return as Giselle, the fairy tale princess trapped in New York City, for years. The film was only recently confirmed by Disney, however, and looks to be moving along pretty quickly. As for what the story will cover, that we aren’t sure of yet except that it will take place ten years after Giselle’s decision to stay in the city. With Marsden back as Edward and Menzel as Nancy, we know the narcissistic pair will have something to do with it.

Disenchanted will be a Disney+ exclusive when it’s ready to go.