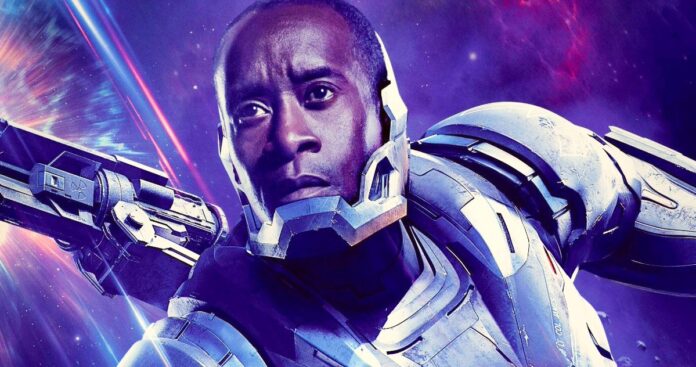 Don Cheadle’s War Machine has been an important background player for much of his time in the MCU. That began to change as the Avengers faced bigger threats, and now with the team’s status up in the air and Tony Stark dead that’s put Rhodey in the position to do something new. Not only will he appear in his own Disney+ series, Armor Wars, but we now know he’ll turn up in Falcon and the Winter Soldier.

Cheadle revealed the news to The Observer, saying War Machine will “show up” alongside Anthony Mackie’s Falcon and Sebastian Stan’s Bucky Barnes.

As one of the more patriotic Marvel heroes, and a member of the U.S. military, it’s no doubt War Machine will add his two-cents to the question who should be the next Captain America.

When it comes to Armor Wars, Cheadle says Stark’s legacy will be a big factor to contend with…

“The death of Tony Stark, I’m pretty sure, will play a role in the series,” Cheadle said. “Where we’ve been sort of progressing Rhodey—even in the last film where he’s now up again, and he’s now walking again, and he’s now mobile again. But really, figuring out a way to bridge what’s happening in the comic books with what’s happening on screen in the MCU and how we’re going to make those worlds work, that’s really exciting.”

The Falcon and the Winter Soldier hits Disney+ on March 15th.