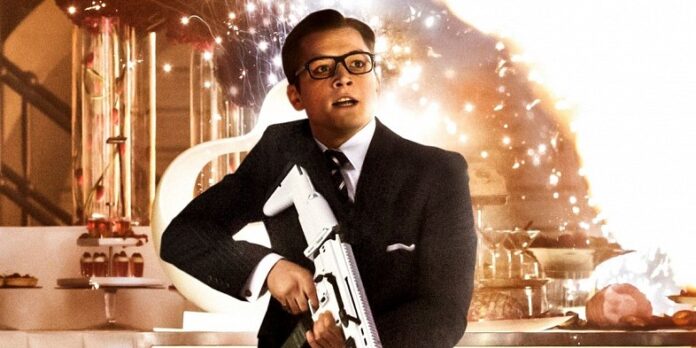 After years of attempts to bring Neil Gaiman’s Sandman to the big screen, Netflix came along and decided a series was the best approach. While we haven’t heard a ton of details on casting, a new report from Deadline says Rocket Man star Taron Egerton is attached for a role.

There aren’t any additional details on the series, based on Gaiman’s comic about Morpheus, lord of dreams, and other members of the Endless. There had been rumblings that Tom Sturridge was up to play Morpheus, but nothing has been confirmed. It’s possible Egerton is taking that part for himself, or someone else significant. You don’t bring in Egerton for a minor role, that’s for sure, and his experience with comic book adaptations extends to the hit Kingsman franchise. He also voiced John Constantine in the audio read of The Sandman.

Sandman is expected to be a faithful adaptation, at least according to Gaiman, who has also seen his novel American Gods adapted into a successful series.

Meanwhile, Egerton is also set to star with Paul Walter Hauser (Richard Jewell) in Apple TV+ series In with the Devil. The six-episode adaptation of true crime author James Keene’s memoir will be directed by Michael Roskam from a Dennis Lehane script. Egerton would play Keene, who was a rising-star athlete in Chicago until he went down the wrong path and ended up with a 10-year prison sentence. He was offered a way out by the prosecutor who convicted him, and all he had to do was ingratiate himself with fellow inmate and serial killer Larry Hall, to get him to confess to other murders.