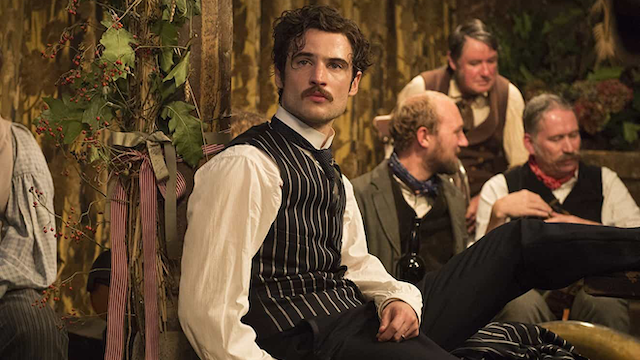 I’ll admit, I didn’t think it would happen but Neil Gaiman’s Sandman is actually moving forward at Netflix. Announced last year, but in the works for much longer, the series now has a star who will embody the lord of dreams.

Tom Sturridge is reportedly in talks to play Morpheus, aka Dream, in Netflix’s Sandman series. For those unaware, Sandman is based on the DC and Vertigo Comics series by Neil Gaiman, centering on Morpheus and other members of The Endless, archetypal beings who embody different aspects of existence.

Sturridge is a London-based actor who has yet to really breakthrough here in the States. That said, he’s had some pretty big roles in Velvet Buzzsaw, On the Road, and Mary Shelley.

Sandman is being developed by David Goyer (The Dark Knight trilogy), Allan Heinberg (Wonder Woman), and Gaiman. Joseph Gordon-Levitt had been attached to a previous version, but dropped out over creative differences.