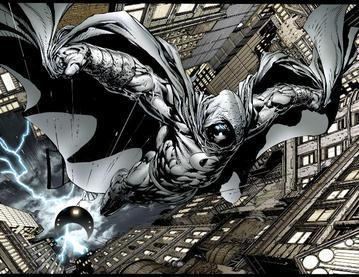 Backing up the assertion that Marvel’s shows on Disney+ will be more like mini-movies, directors with plenty of feature experience are being hired. That said, Marvel isn’t aiming for big names, but indie filmmakers with experience in the genre. The same goes for Moon Knight, which is adding duo Justin Benson and Aaron Moorhead to join the previously-named director Mohamed Diab on the supernatural series.

You may have heard some of the buzz for Benson and Moorhead’s recent film, Synchronic (reviewed here), a trippy sci-fi horror led by Marvel vet, Anthony Mackie. Whether he had some input on this decision is unclear, but working with him in the past couldn’t have hurt.  While it’s unclear how many episodes they’ll be at the helm of, THR says it will be “multiple”.

Moon Knight will reportedly star Oscar Isaac in the role of Marc Spector, a schizophrenic with multiple personalities who doubles as a vigilante powered by the Egyptian moon god Knonshu. Isaac has yet to be confirmed, however, and Marvel failed to mention him during the recent spate of announcements by Disney.

Shooting on Moon Knight could begin as soon as March, so expect Marvel to start making some concrete announcements soon.

‘Something In The Dirt’ Teaser: ‘Synchronic’ And ‘Moon Knight’ Duo Go Down A Cosmic Horror Rabbit Hole