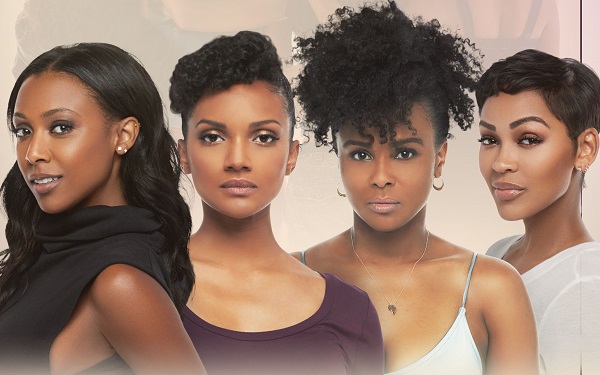 For a little in the 80s and 90s, many popular movies Hollywood put out were “hood” films that seem to only want to showcase the plight of many urban cities. However, in the late 90s and early 2000s, there was a unique shift in “black” films that attempted to diversify what the black experience was really about. Such films as The Best Man, The Wood, Love and Basketball, Brown Sugar, and countless others showcased a vast range of the black experience. Love, friendship, success, and just living life became a part of Hollywood’s idea of what it means to be black, and thank goodness for that. Showcasing us as just regular people is something that everyone should embrace and appreciate. While it seems we have moved on from that in the 2000’s plus, actresses Megan Good and Tamara Bass (who themselves have either acted or produced many great films of that ilk in the past) are trying to bring a little of that back with their co-directorial debut If Not Now, When?

If Not Now, When? focuses on a foursome group of friends who have been tight(ish) since they were in high school. They first had a little bit of a fall out in high school when Tyra (Meagan Good), who was secretly pregnant and goes into labor. While they are all there for her, Suzanne (Mekia Cox), is a little skittish and wants to (rightfully) involve some adult help. Unfortunately, If Not Now, When? immediately skips 15 years into the future and we are reintroduced to them as adults. Dee (Meagan Holder) is a dance instructor who has been divorced. Patrice (Tamara Bass) has lived a rather lonely life after her own divorce and would rather help everyone else’s issues instead of deal with her own lack of intimacy. Suzanne has become pregnant with her ex-NFL player husband who is exponentially unfaithful. Needless to say, these women have substantial issues and will need to rely on each other to help each other.

Tyra is currently in denial about her opioid addiction, but soon enough, her now teenage daughter Jillian (Lexi Underwood) finds her bother unconscious from an overdose. Even still in denial, Tyra’s husband, Max (Kyle Schmid) coordinates with the girls to stage an intervention and get Tyra the helps she needs. This leads Tyra to spend most of the film in rehab, which is a good excuse for Megan Goode to be offscreen for many scenes as one of the directors for If Not Now, When? While Tyra’s in rehab, the rest of the girls have to sort out their own issues in life.

Most of the attention is given to Mekia Cox as Suzanne. From a bird’s eye view, she seems to be the most well off of the foursome. She’s successful, married to a former football player, they live in a nice house, and she’s about to have their first child. However, she’s quietly suffocating. Her marriage is loveless, she is even having a quasi-affair with a co-worker at the office, and her husband is such a philanderer that they have to pay off groupies and hope they don’t come back pregnant. Dee is a dancer, whose husband left her earlier, but now he wants to see about a second chance as he’s realized his mistake. Does Dee want to take him back, or does she want to continue her career as a dance choreographer, now that she’s got her big break and is about to go on tour? Meanwhile, Patrice, who’s a nurse, has caught the attention of a doctor (Edwin Hodge) at her hospital. While she and the doctor hit it off, the more they talk about life plans (his include children that she cannot give), the more she wants to push him away.

If Not Now, When? tries to be like Waiting to Exhale, but unfortunately, the group doesn’t necessarily have the right amount of chemistry together, nor is it as impactful. Mekia Cox breaking her husband’s flat screen in If Not Now, When? isn’t as powerful as Angela Bassett lighting her husband’s car on fire for example. In addition, the script isn’t as strong as it needed to be to bring forth some of the hard-hitting issues it wants to tackle. The girls’ 15-year fallout gets resolved within a 2-minute for the sake of the plot, which comes across as lazy. Speaking of which, the 15-year time-jump could have been handled better. Instead, we learn how their lives ended through exposition dumps.

From a directing perspective though, the film works for the most part. Meagan Good and Tamara Bass do a good job for their first time directing a feature film. The cinematography is also great. Often Hollywood can’t properly light black skin, but the filmmaking is great in If Not Now, When? The actors deliver strong emotions when the scenes call for it as well as the film does go through a rather formulaic, yet emotionally satisfying climax. Overall, If Not Now, When? showcases how sisterhood can help even the deepest pains and friendship always endures.

If Not Now, When? is currently available on VOD.