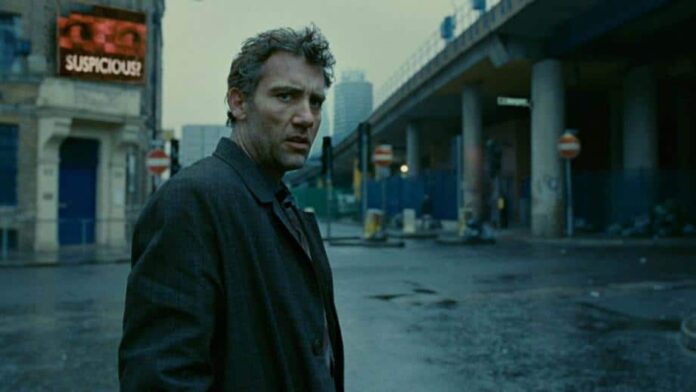 The phenomenal and unexpected success of The Queen’s Gambit for Netflix has Scott Frank in the spotlight, someplace he’s deserved to be for a very long time. And it’s got people wondering what he’ll do next to follow it up. Turns out, Frank is going to be a very busy man, with projects that include a detective series with Clive Owen as an iconic gumshoe, and a reunion with Anya Taylor-Joy.

Speaking to The Watch podcast (h/t ThePlaylist), Frank revealed that first on his list is developing an adaptation of Maria Doria Russell’s sci-fi novel The Sparrow, which tells the weird story of a Jesuit priest recounting a disastrous first encounter with an alien species. Yeah. Frank won’t be directing this one; instead it will be Chernobyl helmer Johan Renck.

What I’m most excited about is a six-episode TV series that puts Clive Owen in the role of Sam Spade, a character made famous by Humphrey Bogart in The Maltese Falcon…

“They called me and said, ‘Would you ever want to do something with it?’ and I said, ‘No, I don’t know what to do with Sam Spade. It feels a little retro to me, I don’t want to do it,’ and I hung up. The minute I hung up, I got an idea. I thought, wait, what if you do Sam Spade later in life, when he’s 60 years old? I thought, Let’s not have him be living in San Francisco anymore. He’s now an ex-pat living in the south of France…he’d gone over there to help some woman, who owned a winery, with a problem. He’d gone over professionally, fallen in love with her, she died of cancer, he inherited her winery, and now he’s living in Bozel, France. It’s 1963, the end of the Algerian War, so all these guys are coming back into the country and there’s all this sort of Muslim sociopolitical stuff happening. He’s in this little town, and the daughter of Sam Spade and [The Maltese Falcon character] Bridget O’Shaughnessy he has in a convent living nearby, and he doesn’t even know if it’s his daughter or not. It’s very complicated, but basically his past comes and finds him in this little town in the south of France.”

Frank will co-write the pilot with Tom Fontana, Emmy-winning creator of HBO’s Oz, as well as a writer on shows such as Homicide: Life On the Street and St. Elsewhere. 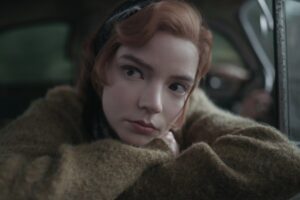 Finally, Frank says he will reunite with The Queen’s Gambit star Anya Taylor-Joy for an adaptation of Vladimir Nabokov’s Laughter in the Dark, about a parasitic relationship that forms between a middle-aged man and a young aspiring actress.

Frank says, “I’m going to do it as a film noir and a movie within a movie. And it’s a really nasty, wonderful, thriller.”

The plan is to bring in the same crew he used on The Queen’s Gambit, and considering what they were able to accomplish before, why not?