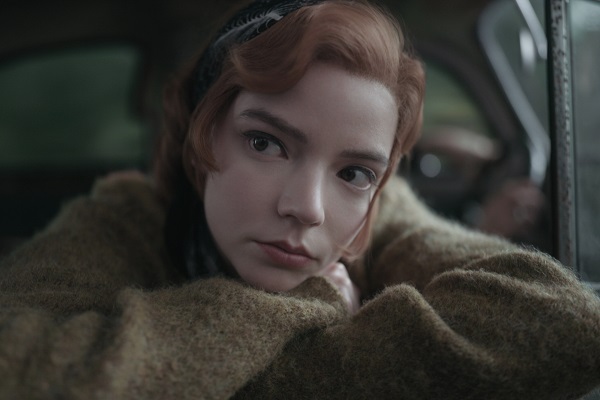 Netflix doesn’t go out of their way to release data on their streaming numbers. So when they proclaim something is their “biggest limited scripted series ever”, we should take it with a pinch of salt. That said, there’s absolutely no reason to lie about The Queen’s Gambit, which has been receiving incredible reviews all across the board, and apparent the subscribers have been paying attention.

“Three years ago when Scott Frank first approached us about adapting ‘The Queen’s Gambit’ – Walter Tevis’ 1983 book about a young chess prodigy – we felt it was a compelling tale,” said Peter Friedlander, VP of Original Series at Netflix. “Beth is an underdog who faces addiction, loss, and abandonment. Her success – against the odds – speaks to the importance of perseverance, family, and finding, and staying true to, yourself.”

“However, I don’t think any of us could have predicted that ‘The Queen’s Gambit’ – and the extraordinary Anya Taylor-Joy – would become the global phenomena they are today, or our biggest limited scripted series ever.”

Friedlander added with some numbers to back up his point, “On Netflix, a record-setting 62 million households chose to watch ‘The Queen’s Gambit’ in its first 28 days. Its global reach has been extraordinary – from Russia and Hong Kong, to France, Taiwan and Australia. In fact, the show made the Top 10 in 92 countries and ranked No. 1 in 63 countries, including the UK, Argentina, Israel, and South Africa.”

The surprise Friedlander is experiencing has to be matched by pretty much everybody. The series stars Anya Taylor-Joy as a chess prodigy struggling with personal demons as she competes to be the best. The series was created by Scott Frank, who previously earned accolades Godless, a Western for Netflix.

The Queen’s Gambit is one of those shows that grew, truly, from word-of-mouth. Every person I know who watched it told another who told another and so forth. We had more inquiries about that show, which Khalil reviewed and thought was nearly flawless, than almost anything else this year.

Guess I should break down and watch it, eh?

So what? Do they dream up a sequel or something? I don’t know how the story ends but I do know that nothing is ever truly over when it’s a hit.