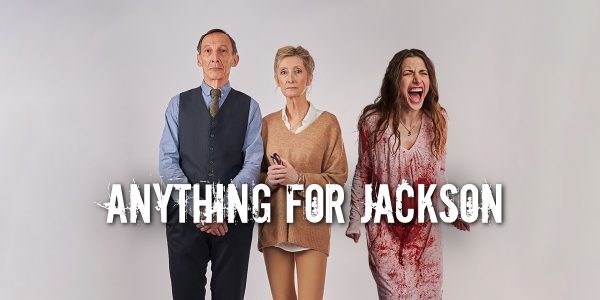 The only thing stronger then the gut feeling that you should never make a deal with the devil is the love of a parent or, in this case, grandparent. Justin G. Dyck’s Anything for Jackson delves into the lengths that Audrey and Henry Walsh decide to go after they lose their grandson in a tragic accident. Henry kidnaps a pregnant woman and, with the help of Satan and your friendly neighborhood satanic cult, plans to bring their lost little one by means of a “reverse exorcism” (which I think wouldn’t have been better worded by saying forced possession). Spoiler alert, the devil doesn’t play nice. They don’t even have a chance to celebrate any modicum of success before Audrey, Henry and their kidnapping victim Shannon are pitted against the hellish creatures that also crossed into the earthly plane. 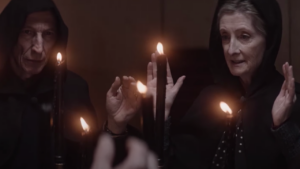 Two things surprised me about this film. First, looking at Justin Dyck’s filmography, which is littered with Hallmark style Christmas films, I wouldn’t have thought him capable of what he delivered. Second, Shudder has been amazing in the last few years when it comes to all things horror but they haven’t delivered anything truly terrifying in the world of exclusive films…alot of good, fun stuff, but Anything for Jackson is scary on another level, one I haven’t experienced in quite some time and I watch a ton of horror. Dyck’s influences are pretty obvious, and I mean that in the best of ways, Clive Barker, Sam Rami, William Friedken, they can all be felt but not out rightly seen, Dyck has taken their spirit and made it his own. Most interestingly is the tinge of horror-comedy that’s sprinkled in the opening of the film which pulls you off-guard just enough to let the terror coming dig it’s claws in that much deeper. Atmosphere is on full display, and while most of the film takes place in a claustrophobic bedroom it’s almost astounding how it’s made to feel fresh, like there are corners of the room that still hold promises of a gruesome death. 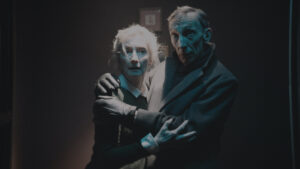 I can’t go any further in my review without mentioning one of Hollywood’s unsung character actors, constant presence in horror tv and film, and star of the film as Henry, Julian Richings. Richings first came to my view playing Death in Supernatural, he’s got an unmistakable look that’s probably not too handy when walking in a school zone but is tailor made for horror. Richings also proves that he’s got the chops to carry a film and not just play the creepy background. Speaking of creepy background I have to give it to this film on it’s demons. What they lack in volume they make up for in look, anyone that has had a nightmare wherein their teeth fall out will be especially distraught when seeing one particular demon.

Anything for Jackson is streaming now on SHUDDER