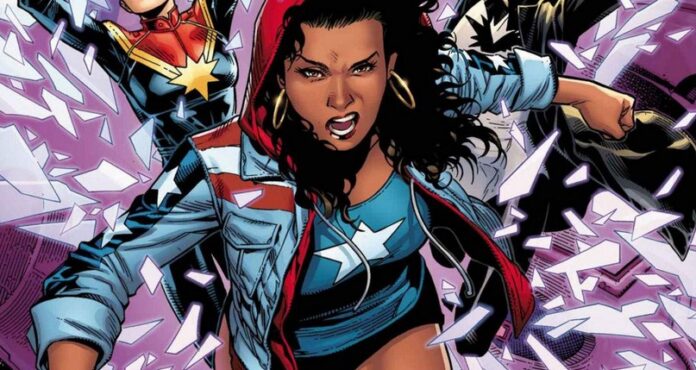 When newcomer Xochitl Gomez was cast in Doctor Strange in the Multiverse of Madness, comic book fans’ ears immediately perked up. With all of the alternate-dimension weirdness going on, not only in this film but across the MCU, could Gomez be playing America Chavez aka Miss America, a character with dimension-hopping powers of her own?

During Disney’s mega investor conference a couple of days ago, Marvel’s Kevin Feige confirmed the rumors were true. Gomez will be taking on the role of America Chavez in Doctor Strange 2.

This is a pretty big deal, and she brings a lot to a film that already has ties to WandaVision, Spider-Man 3, and the Loki series. Chavez is a lesbian woman born in a dimension separate from our own. It’s where she gained her powers of super-strength, speed, flight, and the ability to literally kick or punch open portals to new dimensions. When her home dimension is destroyed, she escaped into the Multiverse and found her way here.

As Miss America, she eventually became part of the Young Avengers, a team that Marvel is clearly building up to with characters Kate Bishop, Loki, Cassie Lang, and possibly more running around the MCU.