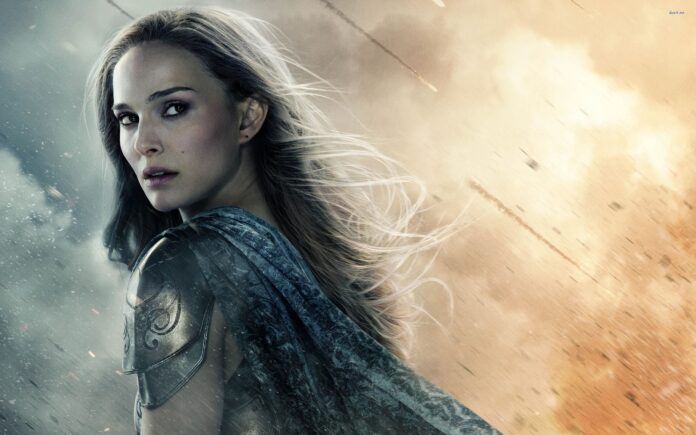 When Thor: Love & Thunder arrives in February 2022, it’ll be the first solo Marvel franchise to go beyond a trilogy. An occasion like that deserves something new, and we’re getting it when Natalie Portman takes the hammer as The Mighty Thor. And yes, that is indeed her actual name, not Lady Thor or “the female Thor” as some have called her. Taika Waititi confirmed that himself, and Portman did so again in an interview with Kelly Clarkson, along with a little detail about the powers she’ll wield.

Speaking with Clarkson, Portman promises that her Thor will  “have powers. It’s not exactly the same as Thor. It’s her own version of it.”

So it sounds like she’ll have the same abilities as in the comics. Jane Foster gains all of the powers of Thor, plus an added skill to hurl Mjolnir and change its trajectory and velocity mid-flight, which is something he can’t do. Later, when she becomes a Valkyrie, Jane gains Undrajarn the All-Weapon, which can become whatever she needs.

Portman also talked about why it’s important for there to be more female superheroes, and it isn’t just so the girls have characters to look up to. The boys need it, too…

It’s unclear how long Portman plans to stick around. She didn’t exactly love her first couple of trips to the MCU, but now as The Mighty Thor (and perhaps later Valkyrie?) she has more that help her feel right at home.