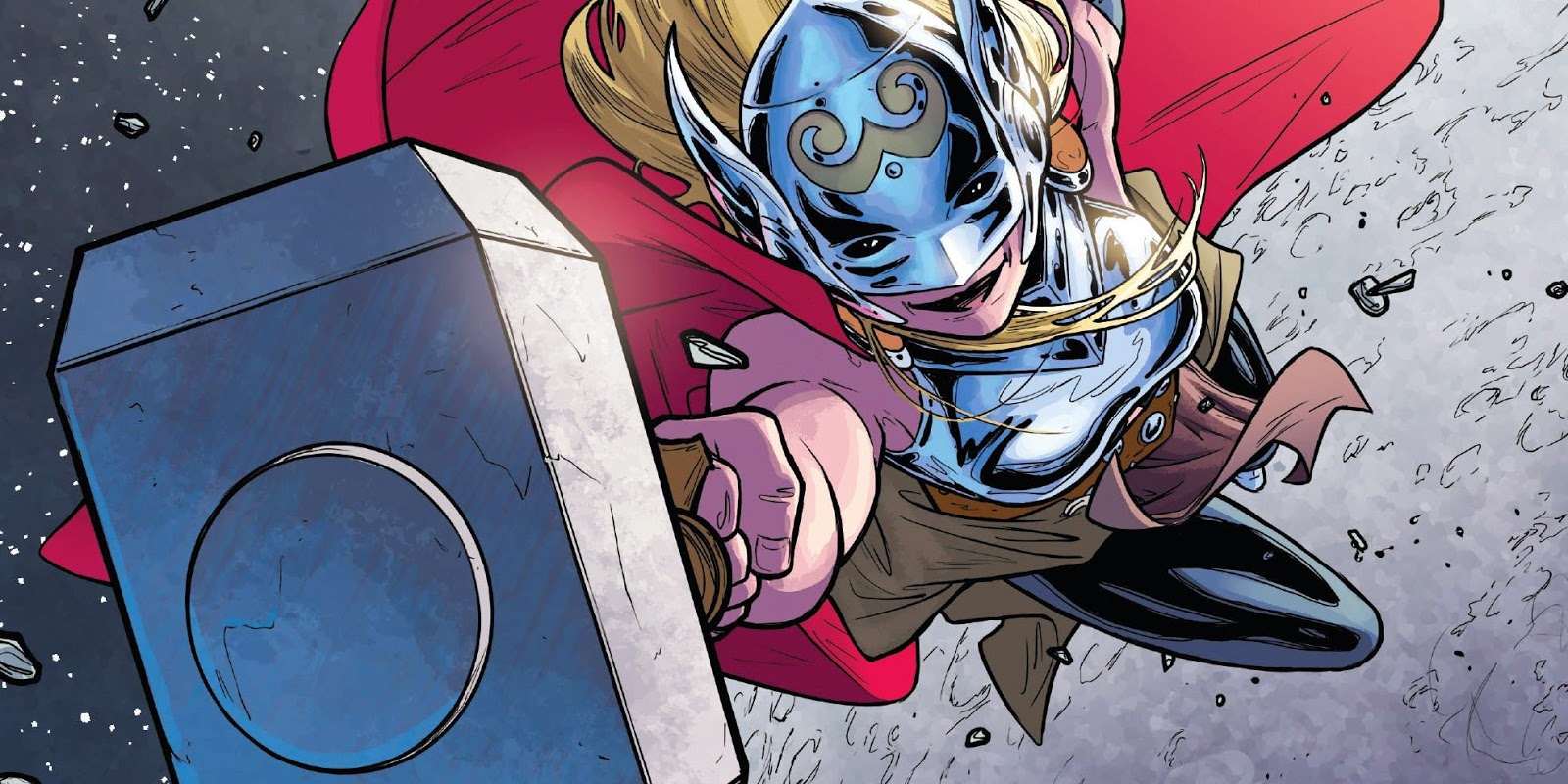 Thor: Love and Thunder is shaping up to be a crazy but important film in the MCU. Not only are we seeing Thor return for a fourth solo movie, Taika Waititi back to write and direct, but also Valkyrie as their first LGBTQ hero and Natalie Portman debuting as Thor. *phew*  That’s a lot, and the news of Portman coming back as a new Thor is a total game-changer.

After a fan pointed out the silliness in referring to Jane Foster as “female Thor”, because we don’t call the other one “male Thor”, Waititi responded with a more suitable title for her…

Makes sense. The Mighty Thor is the name of the Jason Aaron comic in which Foster’s Goddess of Thunder starred. It also makes me wonder if Chris Hemsworth’s Thor will go by the name of Odinson as he did in the comics while Foster wielded Mjolnir.

So how is all of this going to shake out, since the last we saw of Thor he was hopping a ride with the Guardians of the Galaxy? James Gunn did chime in over on his Instagram page, and when asked by a fan whether Thor: Love and Thunder is before or after Guardians Vol. 3, Gunn simply replied with “Before”.

That’s not too surprising, since Gunn’s film is still far enough away that Kevin Feige didn’t make it part of Marvel’s Comic-Con presentation. However, it does offer an interesting scenario where Thor: Love and Thunder has to move him away from the team, perhaps permanently, so soon after he joined them in Avengers: Endgame. Perhaps he was just hitchhiking for a ride into space? Maybe Thor’s next film will end with him rejoining Star-Lord, Rocket, and the other Guardians?

I think a deal for another Thor film came together so late that now Marvel must scramble to undo what Endgame set up. So we may not get the funny back-and-forth with Star-Lord that we were teased, at least not for very long.