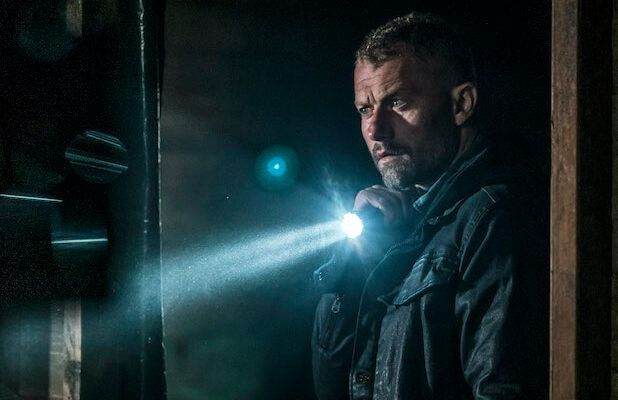 Uh yeah, this is weird. In exactly one week 20th Century Studios, which is now under the Disney umbrella, will release supernatural horror The Empty Man into whatever theaters remain open. Why is this weird? Because the first trailer for it is only arriving right now. What does that say? Maybe nothing, maybe everything.

The film stars perennial supporting players James Badge Dale, Samantha Logan, Marin Ireland, Stephen Root, Joel Courtney, Aaron Poole, and Owen Teague. David Prior wrote and adapted the film based on the graphic novel series by Cullen Bunn, making this the rare major-studio horror movie taken from a comic. The story follows an ex-cop, who has suffered a terrible tragedy, who uncovers a secret group trying to summon a supernatural entity while on the trail of a missing girl.

So what’s up with the late marketing push? Well, the film was originally scheduled to open last August, but was delayed because of the global a-hole that has ruined everything. It was then moved to December 4th, but when Death On the Nile entered the same release orbit, that left an opening to be filled and so it was pushed up a couple of months.

That said, this feels like Disney throwing another ex-Fox movie to the wolves of an empty theater landscape, just as they did New Mutants.  The Empty Man opens on October 23rd.