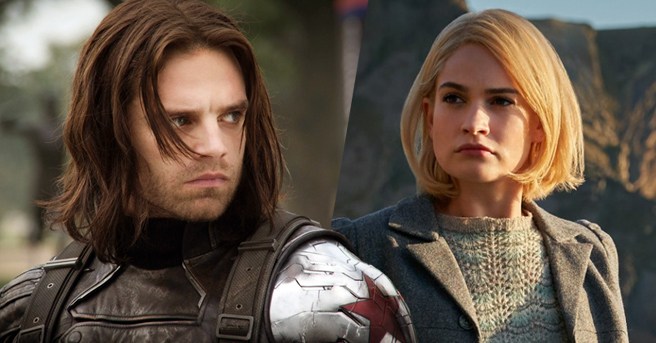 That a Hulu series based on the tabloid fodder relationship between Pamela Anderson and Tommy Lee was inevitable, this casting certainly wasn’t. Deadline reports Lily James and Sebastian Stan are up to play the celebrity couple in Pam & Tommy, a series developed by Seth Rogen and Evan Goldberg.

Behind the camera will be Craig Gillespie, the director behind I, Tonya and Disney’s Cruella. He’ll be working from a script by Rob Siegel that will focus on the rocky pairing of Baywatch superstar Pamela Anderson and Motley Crue drummer Tommy Lee. Their relationship was volatile from the start, and they became one of the first celebrity couples to really blow up due in large part to the Internet, and the emergence of a sex tape. Rogen will play the guy who actually stole that tape.

James was most recently seen in Ben Wheatley’s remake of Rebecca, and has archaeological drama The Dig coming up. Stan is, of course, a popular fan-favorite for playing Bucky in the Marvel Cinematic Universe. Neither of their castings is pitch-perfect here, so it’ll be interesting to see how this shakes out.

The 8-episode Pam & Tommy will begin shooting next spring.