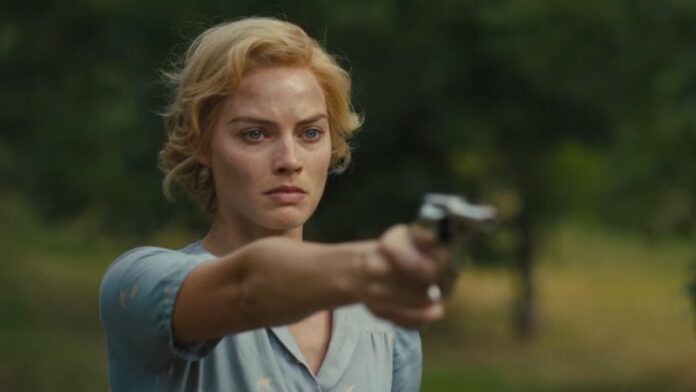 It’s been a while since we’ve heard anything about the Margot Robbie drama, Dreamland. Announced back in 2017 and premiered at Tribeca last year, the Dust Bowl film was acquired by Vertical Entertainment and Paramount Pictures for home release. And now the film will be coming to VOD in less than a month.

Set in 1930s Texas, Dreamland stars Robbie as an outlaw who is discovered by a young bounty hunter who plans to use the money to save his family farm. However, he soon begins to learn that she is a lot more than the simple criminal the FBI claim her to be.

The film also stars Animal Kingdom and F9‘s Finn Cole, Vikings star Travis Fimmel, plus Kerry Condon, Garrett Hedlund, Darby Camp, and Lola Kirke, so a great group all-around. Behind the camera is Miles Joris-Peyrafitte, a Sundance Award-winner for the coming-of-age drama As You Are. Joris-Peyrafitte is also behind Robbie’s upcoming Tank Girl reboot.