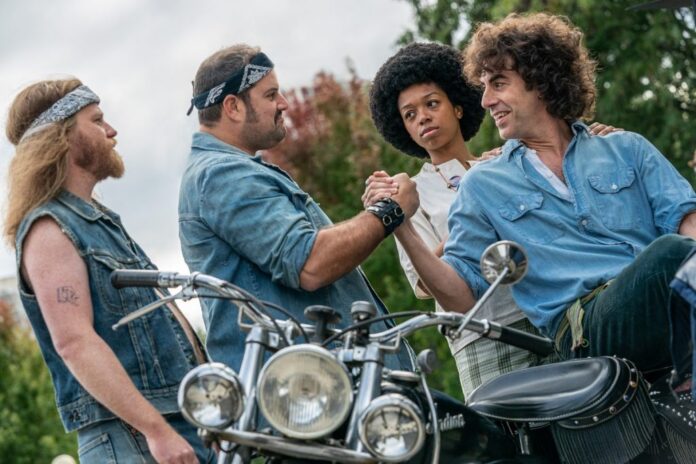 Aaron Sorkin has been wanting to tell the story of the Chicago 7 for a long time. Written more than a decade ago, the film about the counter-culture icons arrested for staging a protest against the Vietnam War during the ’68 Democratic National Convention once had Steven Spielberg attached to direct, followed by Paul Greengrass. Ultimately, it’s Sorkin who takes the camera himself, boasting a star-studded cast for what looks like a sure-fire awards contender.

This will be Sorkin’s sophomore effort behind the camera following Molly’s Game, which proved the famously progressive writer, known for his “walking and talking” style, can handle himself as a filmmaker.

The Trial of the Chicago 7 hits Netflix on October 16th.

SYNOPSIS: What was intended to be a peaceful protest at the 1968 Democratic National Convention turned into a violent clash with police and the National Guard. The organizers of the protest—including Abbie Hoffman, Jerry Rubin, Tom Hayden and Bobby Seale—were charged with conspiracy to incite a riot and the trial that followed was one of the most notorious in history.