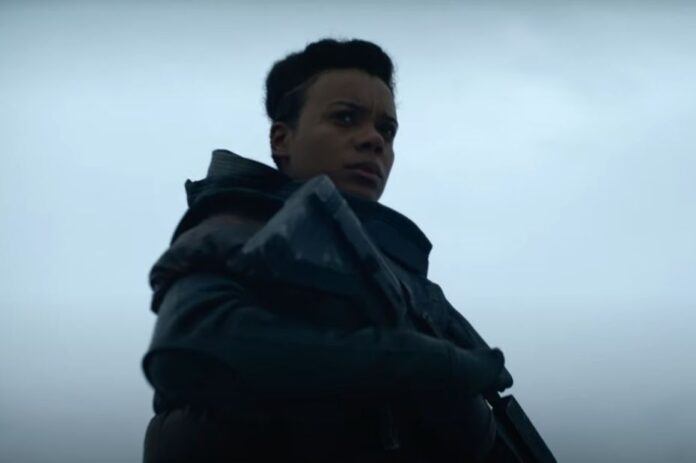 If you asked me to fully define the term epic, as it relates to cinema, in under three minutes I would just show you this trailer. Apple TV+’s upcoming series Foundation, which is based on a series of books by Sci-Fi Godfather Issac Asimov, has had my attention since the first trailer dropped. I’ve never been a full fledged sci-fi guy, sure I’m a die hard Star Wars fan, but that’s really more about action and laser fights mixed with eastern philosophy. I’m talking about real sci-fi, I appreciate it, but it has never pulled me in.

I have yet to see one episode of Foundation but I can say confidently that I am pulled ALL the way in. At it’s core it’s the story of a woman on who’s shoulders rest the future of the galaxy, but that’s truly the tip of the iceberg. Jared Harris, in top form, as a mathematician who’s devised an algorithm to see the future, a future which depicts the fall of the current empire is at the heart of the story. There’s simply too much to recap properly, and again…that’s just from the trailer.

I recently got my 7-Day free trial to Apple TV+, and have mostly used it to watch Mythic Quest but I’ll tell you one thing for sure come September 24th my subscription will still be active and I will be using it to watch Foundation.

A complex saga of humans scattered on planets throughout the galaxy all living under the rule of the Galactic Empire.