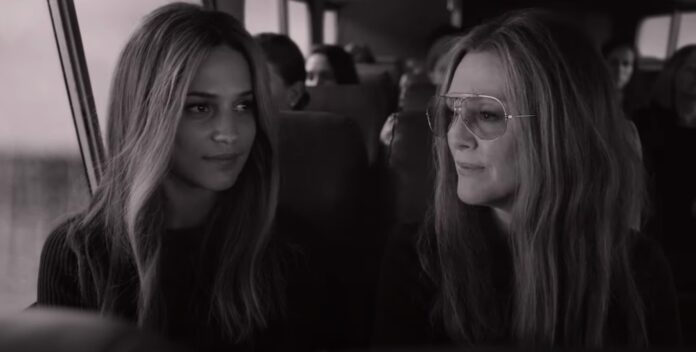 The timing on this new trailer for The Glorias, which already had one come out earlier this month, is not a coincidence. With women’s autonomy threatened now more than ever before after the death of Ruth Bader Ginsburg, the film reminds us of Gloria Steinem’s fight at the forefront of the Women’s Rights Movement.

Behind the camera is Julie Taymor, who casts four actresses to capture Gloria Steinem’s gigantic life of activism. Julianne Moore, Alicia Vikander, Lulu Wilson, and Ryan Keira Armstrong play Steinem through various portions of her life, occasionally crossing over to have conversations with one another about what is to come.  The rest of the cast includes Bette Midler, Janelle Monae, Lorraine Toussaint, Timothy Hutton, and Kimberly Guerrero.

SYNOPSIS: Journalist, fighter, and feminist Gloria Steinem is an indelible icon known for her world-shaping activism, guidance of the revolutionary women’s movement, and writing that has impacted generations. In this nontraditional biopic, Julie Taymor crafts a complex tapestry of one of the most inspirational and legendary figures of modern history, based on Steinem’s own biographical book ‘My Life on the Road.’ THE GLORIAS (Julianne Moore, Alicia Vikander, Lulu Wilson, Ryan Keira Armstrong) traces Steinem’s influential journey to prominence—from her time in India as a young woman, to the founding of Ms. magazine in New York, to her role in the rise of the women’s rights movement in the 1960s, to the historic 1977 National Women’s Conference and beyond.