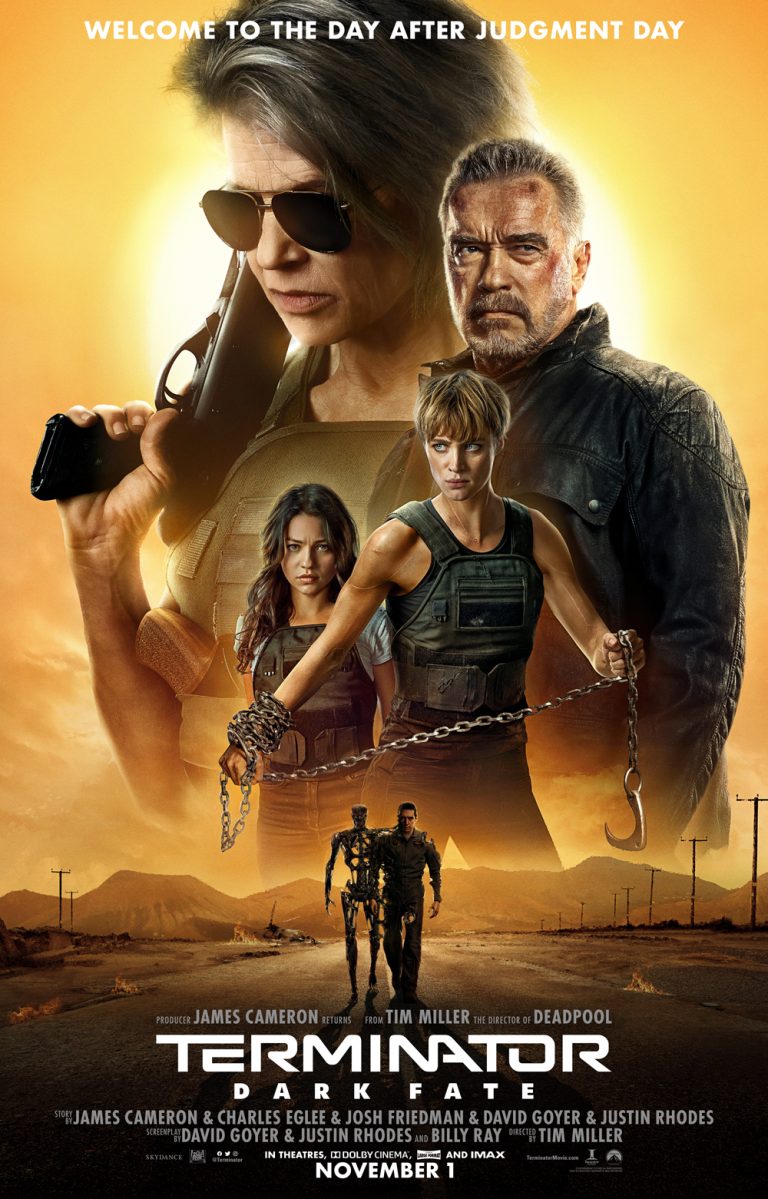 There’s a lot of new footage here so this doesn’t resemble prior trailers. The roles have been reversed somewhat, with Hamilton’s Sarah Connor put into the position of protector, as a new breed of Terminator hunts down a young woman played by Reyes. Meanwhile, Davis’ character Grace, an enhanced soldier-assassin, is basically this movie’s version of Kyle Reese.

The questions I have are the good kind, as they have me intrigued to see where the story goes. Considering how Judgment Day ended, how is the T-800 back and why does Sarah still want to destroy him? And what is it about Reyes’ character, Dani Ramos, that has made her a target for termination? What’s her connection, if any, to the Connors?