Home TV Netflix The Truth Of Reality Is Twisted In The Trailer For Netflix’s ‘The...
Facebook
Twitter 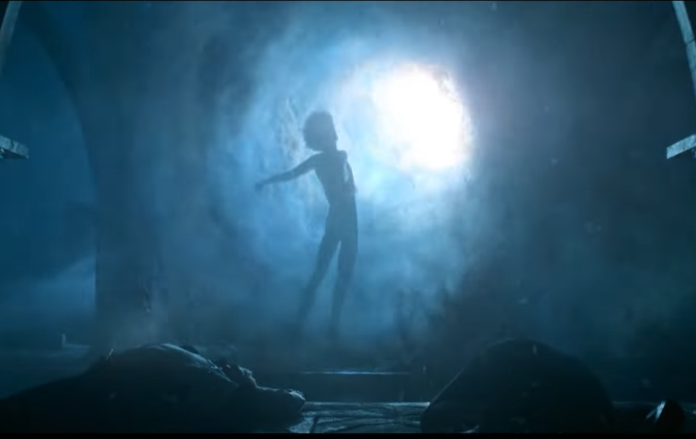 First a little backstory, The Sandman originated as a graphic novel series by famed creator Neil Gaiman, it quickly became one of the go to examples for comics as literature alongside Alan Moore’s The Watchmen. Another thing those two properties had in common was that they were both thought to be unfilmable, one of those stories that no one would be able to properly capture, so why try? Well, the folks at Netflix decided to give it a go and today, thanks to San Diego Comic-Con, we have a full trailer at which to marvel. Quick aside, Audible did a audio presentation of the series a few years back with James McAvoy as Dream, I highly recommend it.

I have to say I am blown away by how good this looks. Netflix obviously spared no expense and the result of their lack of frugality seems to be a series that properly convey’s the otherworldliness and wonder that made the graphic novel so beloved.  Honestly, I could have watched this trailer with no dialogue… hell with no actors and still been excited about watching it. It’s simply breathtaking.

That’s not to throw shade at the performances, the high caliber cast clearly came to play. Tom Sturridge, who plays the title role, is nailing that mix of melancholy and godliness that makes Dream such a compelling protagonist. We also get our first look at Gwendoline Christie in the role of Lucifer and from the looks of it the internet trolls condemning her casting in the role have a heaping serving of humble pie headed their way.

There is another world that waits for all of us when we close our eyes and sleep — a place called the Dreaming, where The Sandman, Master of Dreams (Tom Sturridge), gives shape to all of our deepest fears and fantasies. But when Dream is unexpectedly captured and held prisoner for a century, his absence sets off a series of events that will change both the dreaming and waking worlds forever. To restore order, Dream must journey across different worlds and timelines to mend the mistakes he’s made during his vast existence, revisiting old friends and foes, and meeting new entities — both cosmic and human — along the way. Based on the beloved award-winning DC comic series written by Neil Gaiman, THE SANDMAN is a rich, character-driven blend of myth and dark fantasy woven together over the course of ten epic chapters following Dream’s many adventures. Developed and executive produced by Gaiman, showrunner Allan Heinberg, and David S. Goyer.

‘The Sandman’ Renewed For Season Two By Netflix