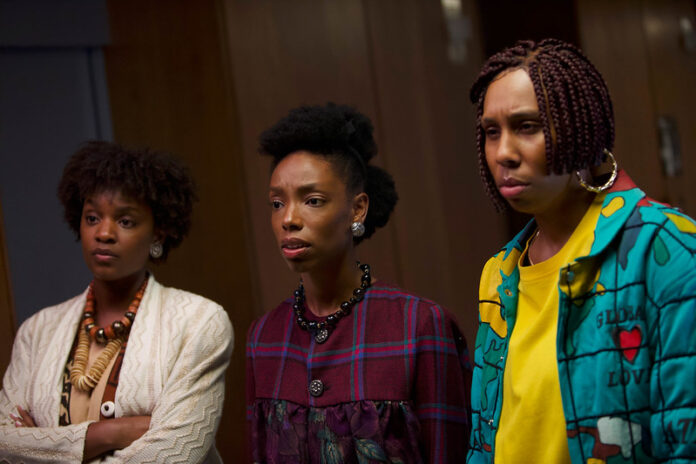 You think the humidity is wreaking havoc with your hair? You’ve never had it as rough as the characters in Bad Hair, the anticipated sophomore film from Dear White People writer/director Justin Simien.

Unlike his previous film, Simien veers into horror territory for a movie that explores, with gruesome effect, society’s obsession with beauty. Those ideals more often than not exclude black women, who often feel they must conform to achieve a certain level of success. That’s what makes Simien’s setting of the film in 1989 Los Angeles so relevant, as it was a time of peak style-over-substance, especially in the black entertainment culture.

The film stars Elle Lorraine as Anna Bludso, a low-level producer at a BET-like TV station where she hopes to rise in the ranks. Vanessa Williams plays her new boss who basically tells Anna she needs to ditch the natural look and get a weave if she wants a promotion. Unfortunately, the weave Anna gets has a mind of its own and a thirst for blood.

Bad Hair debuted earlier this year at Sundance, which is when I saw it and praised Simien for using genre, including a heavy dose of dark comedy, to tackle an issue that black people have been dealing with for generations. I also had a chance to talk with him about the movie, and you can check out that interview here.