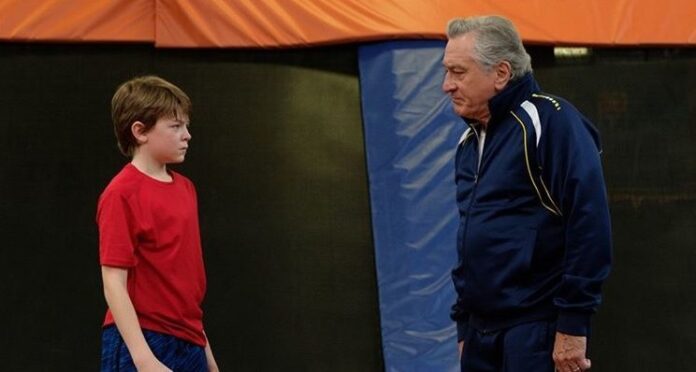 There’s something about old men going toe-to-toe with precocious kids that movie audiences just love. Whether it’s Home Alone, Dennis the Menace, or any of a number of other films in which a child makes an angry adult look foolish, it’s a staple that will never go away. And now Robert De Niro, a bonafide legend, gets his chance to be the target in The War with Grandpa.

De Niro squares off against Pete’s Dragon actor Oakes Fegley in the comedy from director Tim Hill, who usually prefers his rambunctious stars to be anthropomorphic animals. Hill is the director of Alvin and the Chipmunks, Hop, and The SpongeBob Movie: Sponge on the Run.

SYNOPSIS: Sixth-grader Peter (Oakes Fegley) is pretty much your average kid-he likes gaming, hanging with his friends and his beloved pair of Air Jordans. But when his recently widowed grandfather Ed (Robert De Niro) moves in with Peter’s family, the boy is forced to give up his most prized possession of all, his bedroom. Unwilling to let such an injustice stand, Peter devises a series of increasingly elaborate pranks to drive out the interloper, but Grandpa Ed won’t go without a fight. Soon, the friendly combatants are engaged in an all-out war with side-splitting consequences.

Hard to believe this is the same DeNiro who, just last year, was still icing fools in The Irishman.  At least the trailer has a reference to The Godfather! That’s something to be encouraged about, yeah?