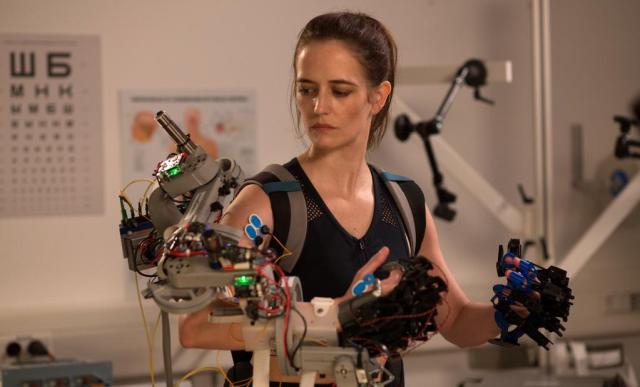 Stop me if you’ve heard this one: an astronaut must cope with the emotional stresses of an important mission to outer space. We’ve been seeing a lot of films tackling some version of this story lately, and the new film Proxima gives Eva Green her chance at heading to the stars.

Directed by Alice Winocour (Disorder, award-winning Mustang writer), the film stars Green as an astronaut chosen for a trailblazing voyage to Mars. It requires a year of intense training, which puts pressure on her home life. Green is joined by Matt Dillion, Lars Eidinger, Sandra Hüller, and Zélie Boulant.

Reviews have been solid since debuting at TIFF. It’ll continue to make the festival circuit a while longer before an eventual release later this year.

SYNOPSIS: Sarah (Eva Green), an astronaut living in Cologne, is selected for a yearlong spaceflight to help pave the way for future voyages to Mars. Before liftoff, she must spend a grueling year at a training facility in Moscow, which separates her from her young daughter (Zélie Boulant), left in the care of her ex-husband (Clouds of Sils Maria’s Lars Eidinger). Highly aware that she’s the only woman involved in the mission, Sarah tries to stay focused and stoic, suppressing any weaknesses that her condescending captain (Matt Dillon) might notice, and trying to soothe her daughter’s newfound loneliness from afar. Set to an atmospheric score from Ryuichi Sakamoto, the third feature from Alice Winocour (Disorder, Rendez-Vous 2016) wrestles poignantly with the earthly loose ends and internal pressures of space travel.