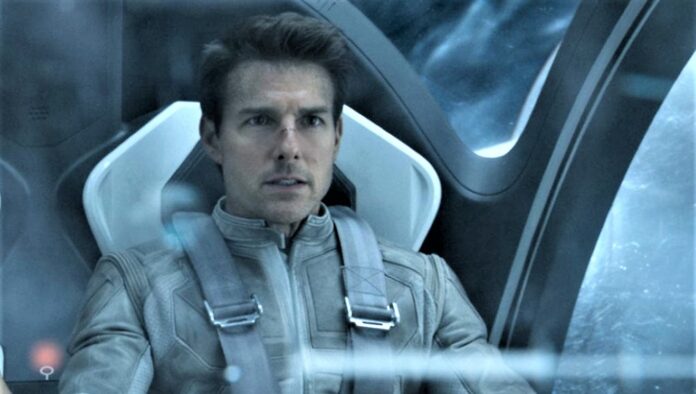 The news that Tom Cruise would be joining with Elon Musk’s Space X to develop the first movie ever shot in outer space…well, it was both pretty wild and yet not-so-crazy for the risk-taking actor.  While it would seem something like this would take an eternity to get moving, things are actually moving pretty quickly. Not only might the film be on the verge of landing a studio, but the budget is starting to come together. Shocker: that shit is going to be huge.

Variety reports that negotiations are underway with Universal to finance and distribute Cruise and Musk’s space movie. Directing will be Cruise’s pal, Doug Liman, who will shoot from the International Space Station. This being the first movie ever to be shot outside of planet Earth, it’s led to some potential hurdles that could derail the whole thing.

So there’s the issue of budget, with estimates surpassing $200M. That’s a Helluva lot of coin for Universal to plunk down under the best of circumstances, but a production like this MUST come with unforeseen circumstances. There’s a good chance that the budget goes way up. Cruise’s salary for this would be in the $30M-$60M range, which is just insane.

The other problem? Insurance. Every movie production is insured, and that is certainly the case with an actor like Cruise who throws himself off of buildings and scales skyscrapers. But with a movie that is being shot off-planet, finding an insurer willing to cover it could be difficult.

So we’ll see where this goes. I think there’s a good chance this movie never happens.