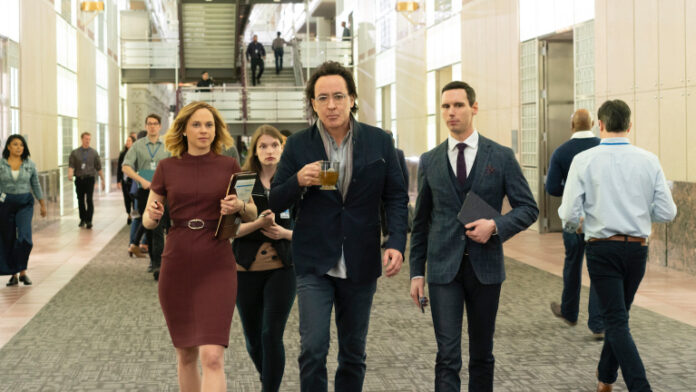 Following the success of Gone Girl, author Gillian Flynn and director David Fincher tried to work that magic a second time. They looked to a remake of British series, Utopia, with Fincher’s The Social Network and ‘Dragon Tattoo‘ star Rooney Mara in the lead. But HBO wanted to get out of the Fincher business, and so they did. The project was left in limbo until Amazon came along and rescued it. Flynn is still involved, but Fincher and Mara are lone gone.

And now the trailer for Utopia is here, ahead of its debut this fall. The series is based on exec-producer Dennis Kelly’s series about fans of a cult graphic novel known as “The Utopia Experiments” that has somehow been able to predict future disasters. When they discover the author’s sequel and set out to prevent the next calamity, they are suddenly pursued by a mysterious organization known as “The Network”.