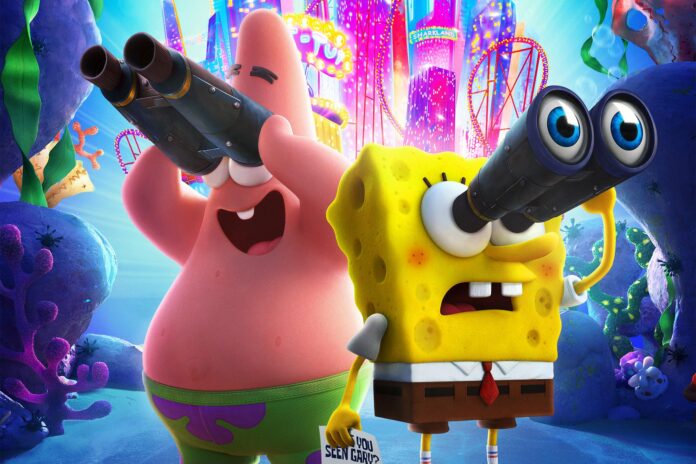 What’s becoming a more and more standard headline, that a big film is heading for VOD in lieu of under-filled theaters, has been taking a new twist lately with some films choosing to grab some of those opening weekend dollars in high dollar rentals before hitting one of the major subscription streaming giants. SpongeBob: Sponge on the Run is the latest to make the move, Variety reports that everyone’s favorite resident of a pineapple under the sea will be hitting the internet via rental in the early part of 2021 before pivoting over to CBS All Access shortly after. This is bit for CBS as their streaming service has been fairly noteworthy in the TV world but hasn’t made really any splash in the full-length feature department. While Spongebob and friends aren’t really high-brow awards material it’s hard to deny the draw that the residents of Bikini bottom have, especially on the younger viewers. In news that makes total sense with this latest release CBS has also announced that the entire back catalog of Spongebob Squarepants epsiodes will be available on the service later on this year.

For more on CBS All Access check out our coverage, here!

The World Chooses Sides In The Trailer For “The Stand”