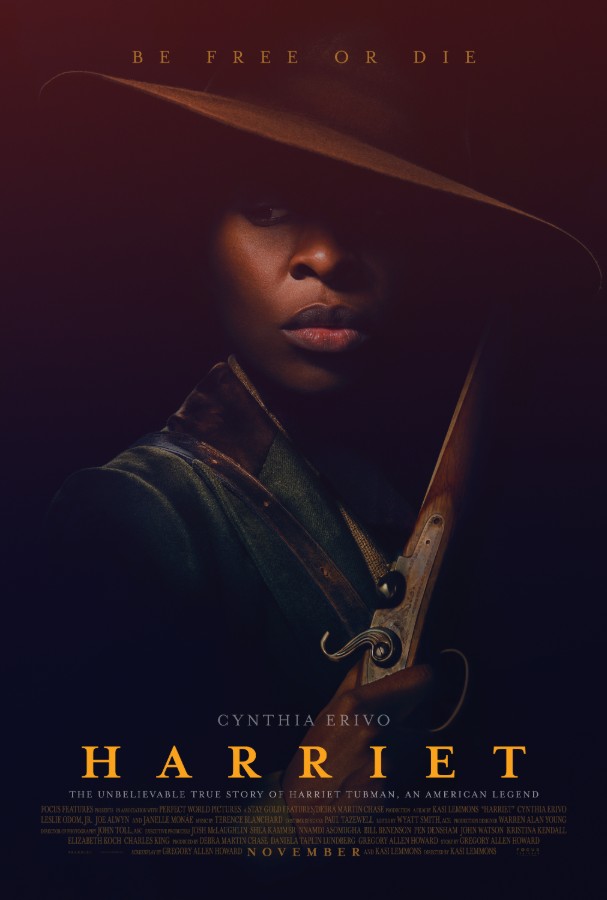 They may not want to put her on the $20 bill, but freedom fighter and abolitionist Harriet Tubman is going to get her due on the big screen. Harriet stars Tony Award winner Cynthia Erivo in the title role, with Kasi Lemmons (Talk to Me) directing the historical biopic.

Co-written by Lemmons and Gregory Allen Howard (Ali), Harriet centers on the historical giant, who was born into slavery but found a way to escape and use her newfound freedom to rescue others through her Underground Railroad, earning her the nickname “Moses”. The film co-stars Leslie Odom Jr., Janelle Monáe, Joe Alwyn, Jennifer Nettles, and Clarke Peters.

Erivo has already achieved tremendous acclaim on stage, but she’s beginning to make an impact on screen, as well. Her breakout role came in 2017’s crime thriller Widows, followed by a scene-stealing, multi-faceted performance in Bad Times at the El Royale.

Harriet opens November 1st, but I wouldn’t be surprised if Focus Features took it through the festival circuit first. Clearly, this has the look and promise of an awards season contender.