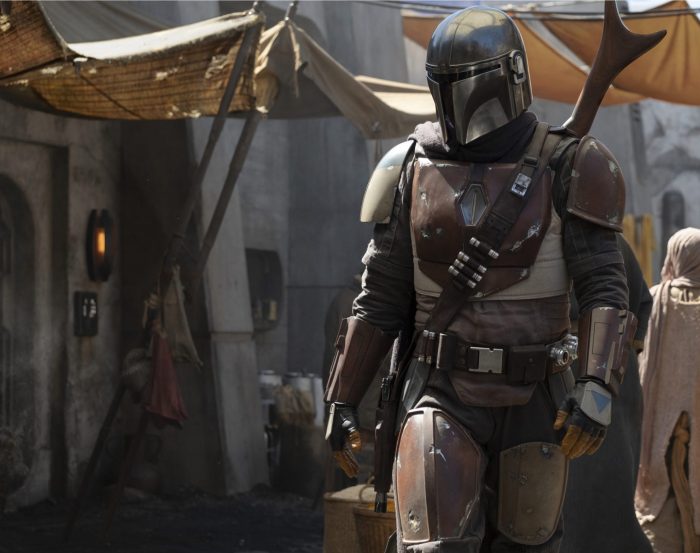 Things are moving swiftly on Jon Favreau’s Star Wars live-action series, which we just learned would be titled The Mandalorian. Today he and Lucasfilm have revealed the first official image from the series, and have named some of the directors who will be helming some of the 8-episode first season. It’s a doozy of a lineup.

The above image was revealed on an episode of  The Star Wars Show, and yep, it’s just some unknown dude in Mandalorian armor. Here’s the synopsis Favreau dropped yesterday that explains what we’re in store for…

“After the stories of Jango and Boba Fett, another warrior emerges in the ‘Star Wars’ universe. ‘The Mandalorian’ is set after the fall of the Empire and before the emergence of the First Order. We follow the travails of a lone gunfighter in the outer reaches of the galaxy far from the authority of the New Republic.”

In addition, StarWars.com confirmed previous rumors that Dave Filoni will be directing episodes of the show. Filoni is the guy who helped forge a lot of what we know about the Mandalorians during his run on Star Wars Rebels, so his addition should tell us a lot. Other directors include Thor: Ragnarok‘s Taika Waititi, Bryce Dallas Howard, Dope director Rick Famuyiwa, and Jessica Jones’ Deborah Chow.

The Mandalorian will be part of Disney’s streaming service and will probably arrive in 2019.