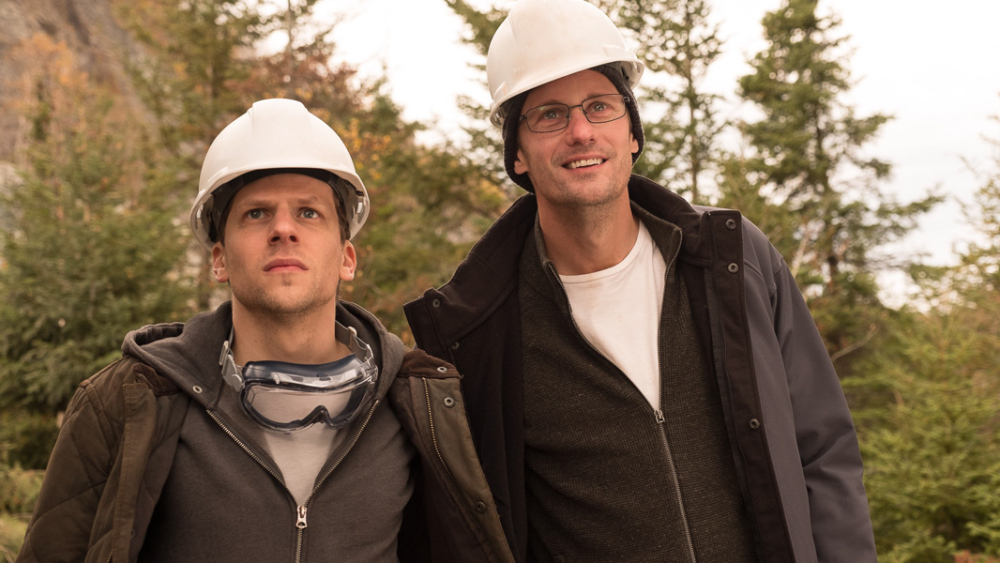 When the most interesting thing about a trailer is Alexander Skarsgard’s balding head, that’s a problem. The Hummingbird Project stars Skarsgard and Jesse Eisenberg as eccentric cousins, involved in the rapid-fire world of High-Frequency Trading. Sometimes winning can come down to milliseconds, but the duo have come up with a way to cut down on that time even further if only Salma Hayek would get out of their way.

Written and directed by Kim Nguyen (War Witch), the story centers on the cousins’ dream to build a fiber-optic cable straight to the New York Stock Exchange to cut down on trading time, netting them hundreds of millions of dollars.  Of course, this unusual but sorta brilliant plan runs into its share of hurdles, mostly because of the eccentric pair’s antics, but also because of their scheming ex-boss who refuses to let them beat her.

Other than Skarsgard’s weirdo dance number I’m not really feeling this, and I don’t remember it getting much buzz after its TIFF premiere. Tough to deny the casting, though, and Nguyen is a proven filmmaker with good instincts.