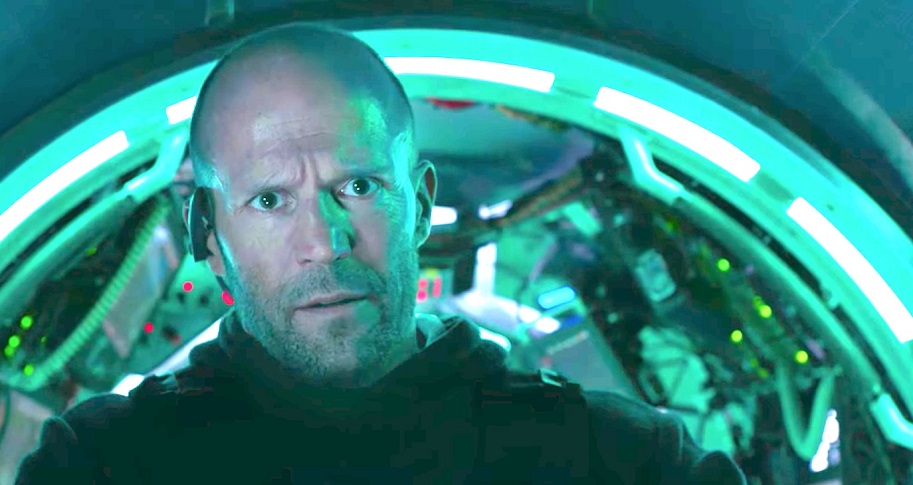 1. The Meg (review)- $44.5M
Summer time and shark movies go together beautifully. Throw in an action star like Jason Statham, a diverse international cast, and a little bit of Jurassic World-esque prehistoric creature fun, and you’ve got a hit on your hands. The Meg chomped an impressive $44.5M domestic, on the way to $141.5M worldwide. The $150M Chinese co-production paired Statham up with Li Bingbing, Ruby Rose, Cliff Curtis, Winston Chao, and others as they battled a giant Megalodon terrorizing Shanghai. It was projected to do far better overseas than here, and chances are it still will, but it’s going to be a more even split than predicted.
2. Mission: Impossible-Fallout– $20M/$161.9M
3. Disney’s Christopher Robin– $12.4M/$50M
A 49% drop for Disney’s Winnie the Pooh drama Christopher Robin is a little steep, but the $50M domestic total is solid, and internationally it’s off to a semi-decent start with another $12M. Once again, not having China release the film could hurt the bottom line, though.
4. Slender Man (review)- $11.3M
Although it always looked like a disaster, and the constantly-shifting release dates suggested it was, Slender Man still did good business with $11.3M. The $10M horror, which has been met with terrible reviews, follows a group of kids who call on the urban legend/Internet meme known as Slender Man, and of course it goes horrifically wrong. Many had complained the film was insensitive due to the real-life tragedies caused by the Slender Man meme, but I think that stuff actually helped drive audiences toward it rather than away.
5. BlaKkKlansman (review)- $10.7M
It was a huge start for Spike Lee’s latest, BlaKkKlansman, his strongest and most mainstream work in years. The racially-charged cop comedy stars John David Washington and Adam Driver, telling the remarkable true story of a black cop in Colorado Springs who goes undercover in the KKK.  This is the highest-grossing debut Spike’s had since Inside Man and at 1512 theaters his widest release since 2013’s Oldboy remake, which only topped out at 583 theaters and $4.8M worldwide.  There’s potential for this to expand and make the kind of buzz that Get Out had, tapping into an audience who are interested in hot-button issues tackled in a different way.
6. The Spy Who Dumped Me – $6.6M/$24.5M
The Mila Kunis/Kate McKinnon action-comedy The Spy Who Dumped Me took a tumble in its second week, only earning $6.6M for $24M. It’s not a great film by any stretch but I expected better numbers than this. There’s simply too much competition for it to break through, and the international prospects probably aren’t good, either.
7. Mamma Mia! Here We Go Again– $5.8M/$103.8M
8. The Equalizer 2– $5.5M/$89.6M
9. Hotel Transylvania 3: Summer Vacation– $5.1M/$146.8M
10. Ant-Man & the Wasp– $4M/$203.5M

The ensemble canine comedy Dog Days played dead, opening at over 2400 theaters for only $2.6M.