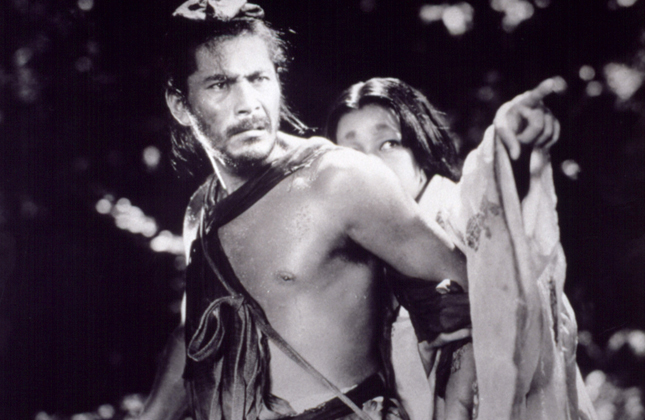 Akira Kurosawa, one of the greatest director who ever stepped behind the camera, and my personal favorite ever, is about to have one of his most influential movies turned into a TV series. No, it’s not Seven Samurai although I’m sure that was your first thought. Steven Spielberg’s Amblin Entertainment has made a deal with the Kurosawa estate to develop a TV series based on Rashomon, a masterpiece some consider to be the filmmaker’s best.

Even if you’ve never seen Rashomon chances are you’ve heard of it, or known it to be referenced elsewhere. The story centers on a woman’s rape and the subsequent death of her husband, with the events depicted from multiple character perspectives that often conflict. The film starred legendary actor Toshiro Mifune in a truly unforgettable performance full of twists and turns.

As for the show, it doesn’t appear to be a straight adaptation but will use the “Rashomon Effect” to form the plot’s structure. The 10-episode mystery thriller will use each episode to show an event from a different point of view, with the audience finding out the whole truth of the mystery at the series’ conclusion.

“We couldn’t be more excited to adapt this extraordinary film as the foundation for a new dramatic mystery thriller series,” said Amblin TV co-presidents Darryl Frank and Justin Falvey in a released statement. “It will explore the boundaries of truth and how different perspectives don’t often reveal the same reality. We also couldn’t be happier to be in business with Mark, Leigh Ann and David who are great producers and partners.”


Producer Leigh Ann Burton adds, “It has been an honor to work with the Kurosawa Estate, and to partner with Amblin Television and Mark Canton, to create a series inspired by Rashomon, written by Akira Kurosawa. I can think of no better way to introduce today’s television audience to the legacy of this brilliant and esteemed filmmaker.”

Y’know, I’m not that upset by this. It seems that Rashomon is merely being used as a means of selling the series and its narrative structure, but can hardly be considered a true adaptation of Kurosawa’s film. There have been many films and TV shows that have drawn inspiration from Rashomon and I’m not sure younger audiences will get the Kurosawa connection, but we’ll see. [THR]