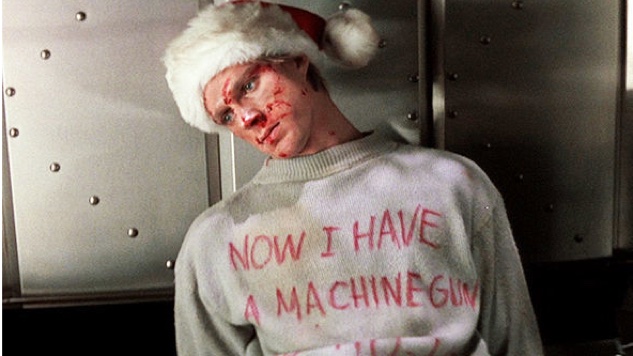 This holiday season there is one question that is on everybody’s minds: Is Die Hard a Christmas movie?

The answer, obviously, is “yes”.  I mean, come on. Not only does it take place at Christmas, feature a bunch of holiday jokes including some visual ones, but the theme of a family man trying to prove his worth is a season staple. I’m not the biggest Die Hard fan in the world but I accept it as one of the most enjoyable movies to watch this time of year. I’ll take it over It’s A Wonderful Life any damn day.

Fox has decided to weigh-in on the conversation in a fun way, recutting the Die Hard trailer to christen it as “The Greatest Christmas Story Ever Told.”  And they went all out for this thing, even releasing a new version of the poem, “Twas the Night Before Christmas.

Twas the night before Christmas, at Nakatomi Plaza,
The office party was festive, but soon interrupted by drama.
Hans Gruber and his men, had forced their way in,
And taken everyone hostage, trapping them within.
But how could they know, there was a cop up above,
John McClane had arrived, to win back his wife’s love.
He would take them all out, winning everyone’s praise,
Welcoming Christmas Day, with his favorite catchphrase.

It’s a clever way to promote the Die Hard: Christmas Edition home release which is available now. Sure, you probably have half a dozen versions of the movie already, but only one has this much Christmas cheer.