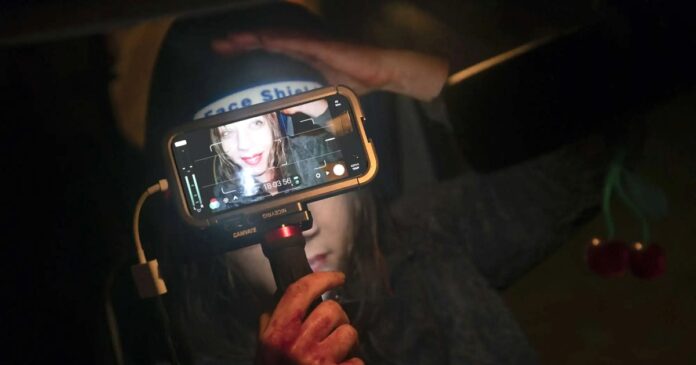 I’ve heard a lot of differing opinions on Dashcam, the new Blumhouse livestreaming horror that debuted at TIFF. Directed by Rob Savage (Host), the film is seen entirely from the perspective of a livestreamer’s Iphone or the dashcam of her car as she takes on the side gig from Hell.

Here’s the official synopsis: “At the start of the pandemic, an indulgent and self-deluded livestreaming improv musician abandons L.A. for London, steals her ex-band mate’s car, and makes the wrong decision to give a ride to an elderly woman who is not what she seems.”

Starring is musician Annie Hardy, joined by Angela Enahoro, and Amer Chadha-Patel. The film made quite a splash at last year’s TIFF, coming in second-place in the People’s Choice Award for Midnight Madness.

Dashcam will open in theaters and VOD on June 5th.