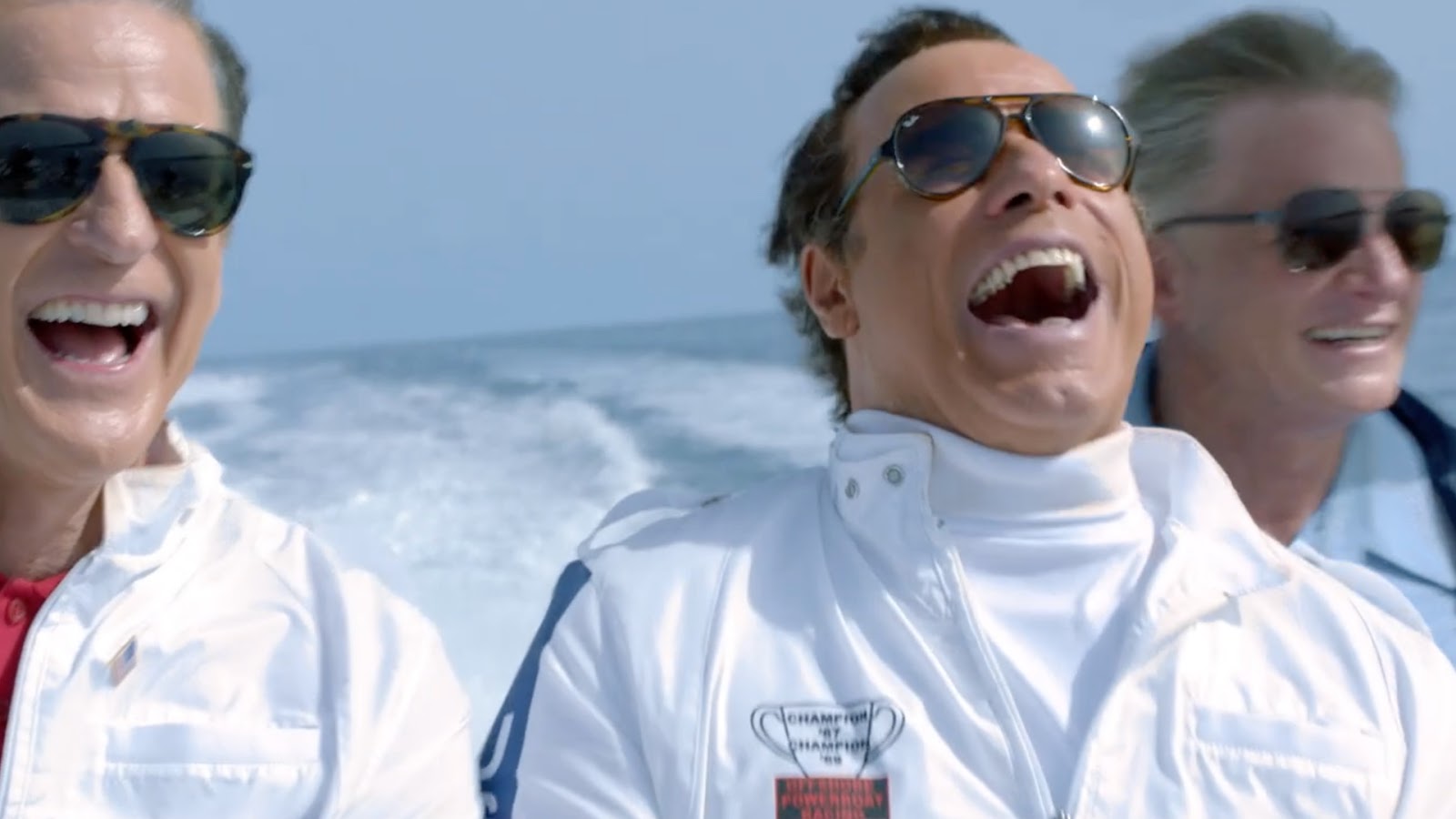 “My name is Ben Aronoff! I’m a self-made millionaire and and an offshore boating champion! My boats have won hundreds of races. And oh yeah, they’ve also moved 100 million pounds of cocaine through Miami!”


John Travolta is the  Cigarette Boat King in the new trailer for Speed Kills, a film that looks like a cousin to Tom Cruise’s American Made, only set on the water rather than the air. And like that film, this one is based on a true story set in the 1980s, of a man whose skill with a vehicle got him in deep running drugs.

In this case, Travolta is playing Ben Aronoff aka Don Aronow, a speed boat racing champion and businessman who started the Cigarette Racing Team. His boats were so fast they drew the attention of drug cartels, which very rarely turns out well in the long run. All you need to know to recognize his fate is see the title of the book which this film is based, Speed Kills: Who killed the Cigarette Boat King, The Fastest Man on the Seas?


So don’t go in expecting a happy ending. Travolta is joined in the cast by Katheryn Winnick, Jennifer Esposito, Michael Weston, Jordi Mollà, Amaury Nolasco, Matthew Modine, with James Remar and Kellan Lutz. Not bad.  Behind the camera are Texas Chainsaw 3D director John Luessenhop and newcomer Jodi Scurfield. There’s also a VR experience you can check out somewhere which features the cast in a fully immersive VR experience “split across eight episodes each running for around seven to nine minutes in length.”

Travolta hasn’t made a good movie in years, and it’s reached the point when his involvement is a red flag. That said, Aronow’s story is pretty wild and this trailer looks like a good representation of it. I’ll be looking to check out Speed Kills when it hits theaters and VOD on November 16th.

‘Face/Off’ Remake On The Way From ‘Godzilla Vs Kong’ Director