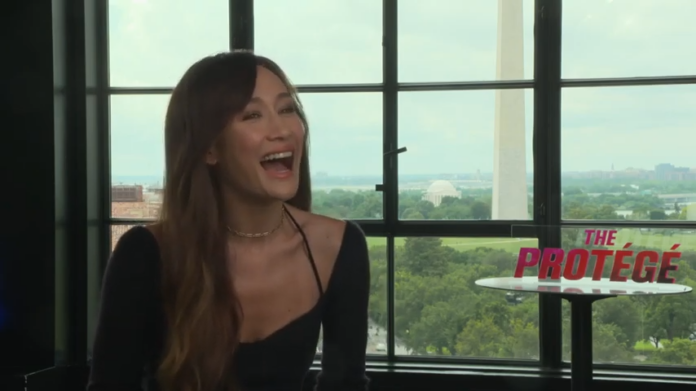 I would argue there are very few actors as credible playing skilled killers than Maggie Q. That might be an odd compliment to give, but it’s true. There’s a reason why she has been thrilling audiences in these roles in everything from Mission: Impossible III to Nikita, the latter a TV version of Luc Besson’s classic assassin film La Femme Nikita. In The Protégé , she employs a lethal set of skills as a hit-woman out for revenge against those who murdered her best friend and mentor, only to find things complicated by a suave player who could either be a lover or her next target.

I had a chance to talk with Maggie Q about The Protégé , and we talked about the qualities within her that make her so perfect for these roles. She also discussed starring alongside Samuel L. Jackson and Michael Keaton, and working with veteran James Bond director Martin Campbell and the experience he brought to the table.

The Protégé is in theaters now. Check out my review here and the interview below!