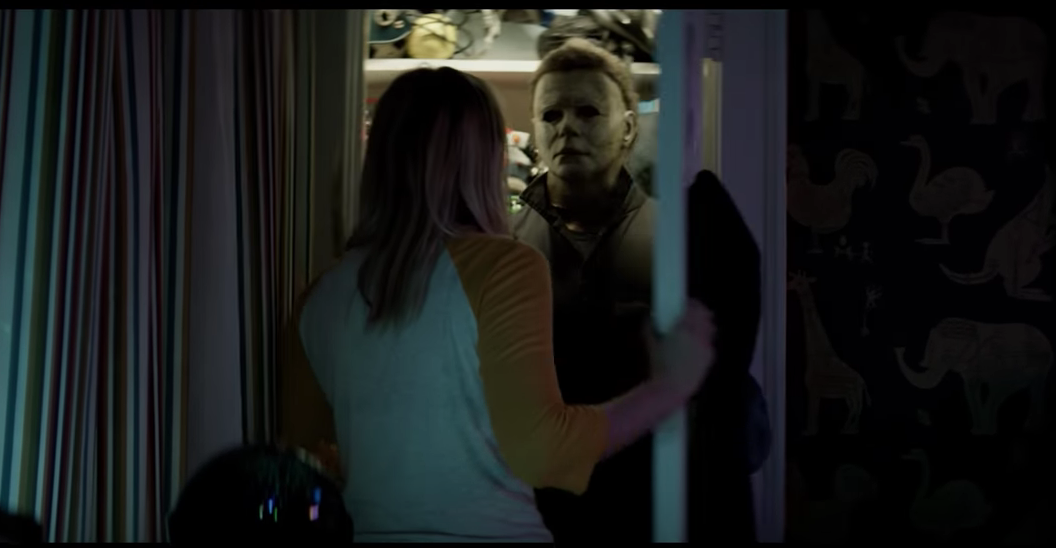 1. Halloween– $32M/$126.6M
Halloween continues to slice up the competition in its second week, dropping 58%, which ain’t bad for the genre, on the way to $32M and $126M domestic, making it the biggest stateside slasher movie ever. Take that Freddy and Jason! We should expect it to get a nice bump with Halloween right around the corner, too,  Given the box office and the $10M budget, this has been an incredibly successful revival from Universal and Blumhouse, so don’t be surprised if talk of a sequel gets louder over the coming weeks.
2. A Star is Born– $14.1M/$148.7M
3. Venom– $10.8M/$187.2M
4. Goosebumps 2: Haunted Halloween– $7.5M/$38.3M
5. Hunter Killer (review)- $6.6M
The submarine thriller Hunter Killer stayed below the surface with just $6.6M. I thought it would do better since Gerard Butler saves the U.S. movies tend to do alright, but I’m getting the sense this will make its money overseas. Long in the works and co-starring Gary Oldman, Common, and Linda Cardellini, Hunter Killer stars Butler as a submarine captain who must team up with Russia to save its kidnapped President. The premise is silly, of course, but that’s pretty much necessary with our real-life foreign policy such an insane fiasco. Butler attracted some attention for refusing to participate in the film’s tour of Saudi Arabia following allegations the government had a Washington Post journalist murdered. Not sure how that will affect its international box office, and by the time we find out it will long be out of mind here.
6. The Hate U Give– $5.1M/$18.3M
7. First Man– $4.9M/$37.8M
8. Smallfoot– $4.7M/$72.5M
9. Night School– $3.2M/$71.4M
10. Mid90s– $3M/$3.3M