Ahhh, family dysfunction, secrets, a terminal illness, What They Had encapsulates so many formulaic parts of the domestic dramedy that it would be easy to brush off. But first-time feature director Elizabeth Chomko manages to embrace this well-worn genre so commonplace during the awards season, leaning on a phenomenal ensemble to tell a funny and heartbreaking story about love, finding it and the painful ways in which we can lose it.

Hilary Swank, in what feels like her first major role in forever (it isn’t) leads the way as the unhappily married Bridget, who has returned home to Chicago with her troubled college-age daughter Emma (Taissa Farmiga) to referee a family crisis. Her mother Ruth (the always-wonderful Blythe Danner) is suffering from Alzheimer’s disease and keeps running away from home, and Bridget’s brother Nick (Michael Shannon) wants to put her in a facility where she can be cared for. Robert Forster plays the father, Burt, who stubbornly refuses to put the woman he loves in a home, thinking nobody can take care of his woman better than he can, all evidence to the contrary. 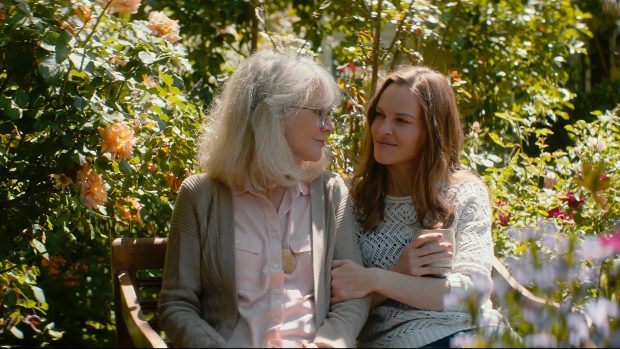 Alzheimer’s is a devastating disease, and we’ve seen numerous films just over the last few years about its effect on a relationship. A person literally loses everything that makes them who they are, their memories and personality simply evaporating.  Chomko, who also penned the screenplay, tackles this painful subject with honesty and the seriousness it deserves… most of the time. Burt isn’t wrong; he probably does know his wife better than anyone and can help her memory better than some stranger, but he’s no spring chicken and has his own health concerns.  “She’s my girl”, he says simply and powerfully at one point, evoking the decades they have spent together building something that his children, both screw-ups when it comes to love, can’t possibly fathom.

So there’s frustration for Burt, but he’s not the only one.  Nick seems to be the source of aggravation for just about everybody. He frequently butts heads with Burt, feeling that his father, who he shares way too much in common with, has never respected him. 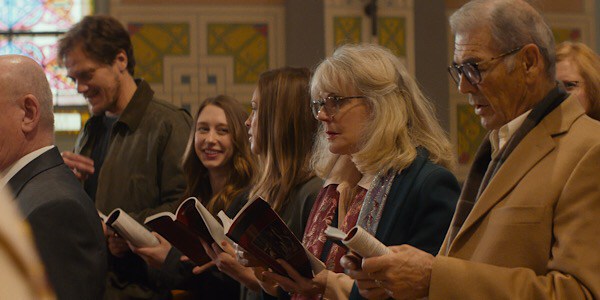 Bridget finds herself in a series of confrontations and arguments, not all of which stem from mom’s mental faculties. She faces resentment from Nick who has been left to handle everything all by himself, while Bridget went off to get married. That marriage isn’t going as she hoped, but Burt, who has astonishingly low expectations for his daughter, thinks she won out with a man she no longer loves. The film does begin to feel like a series of skits, all centered on one specific complication, and this could be due to Chomko’s background as a playwright. The constant verbal barrages and minimalist storytelling draws parallels to Tracy Letts’ August: Osage County, but thankfully Chomko adds quite a bit more humor and goes to great pains to humanize her characters.

Ruth’s illness does begin to fade into the background a little bit, but is never far out of mind. There are so many issues swirling around with this family that Ruth is often relegated to being part of a punchline, when her disease should be seen as the root for many of their problems. But Chomko doesn’t allow this to happen often, and you’ll find yourself laughing and crying in equal measure. Chomko gets the most out of her cast, and this is one case where an ensemble truly feels like a family. There isn’t any one particular standout; all of the performances build upon the other so that everyone excels. 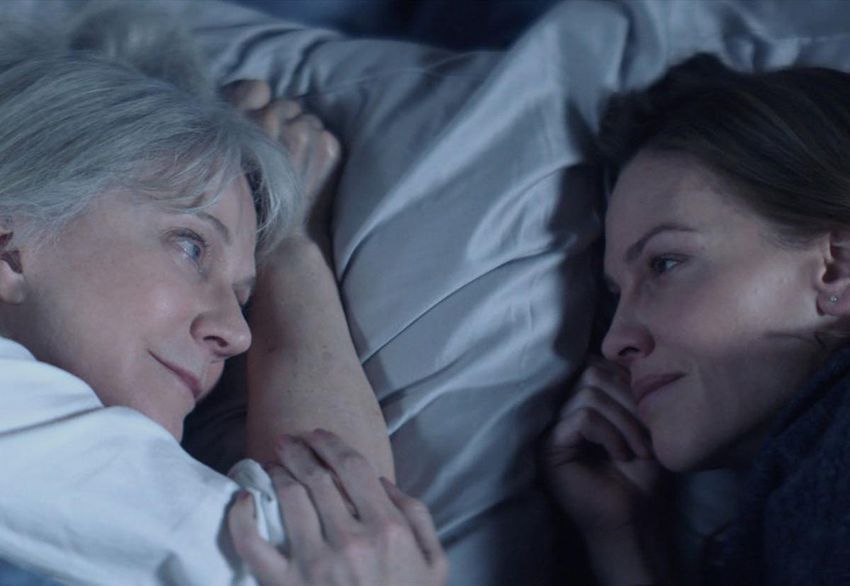 Chomko ends her film in bittersweet fashion, with life throwing the family, and the audience, an unexpected curveball. What They Had is a lot like life in that way; full of surprises, laughs, and tears that linger long after the credits have rolled.