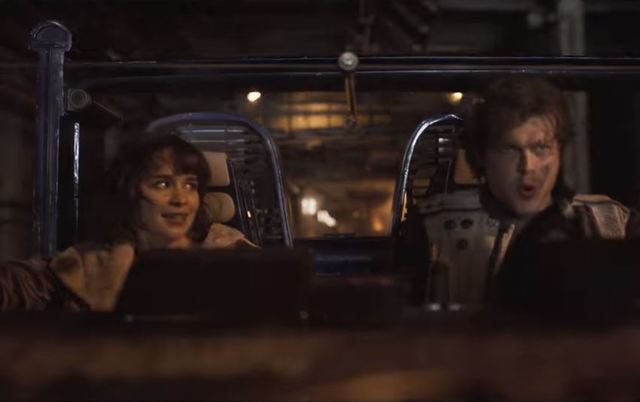 While we mostly knew that Solo: A Star Wars Story would hit on all of the big moments of his roguish life, there was a cameo towards the end that shocked everybody. It was the one thing that I received the most befuddled looks about and the most questions, because unless you were a devoted follower of Clone Wars and Star Wars Rebels, it made no sense to you.

With the film hitting home release soon, that scene has been released in full by IGN, and it features the return of Ray Park as Darth Maul. Well, at this point in time he’s just Maul since he’s no longer being trained as a Sith apprentice. Even that much may be confusing to those who last saw Maul being sliced in half in The Phantom Menace. Suffice it to say, he somehow survived being vivisected (!!!) through sheer force of will. He re-emerged in the final two seasons of The Clone Wars, reunited with his long-lost brother, and began building a criminal empire. This is roughly around the time when his appearance in Solo would fit in.

In the scene, we find out that it’s Maul, now leader of the Crimson Dawn, who is the real criminal mastermind overseeing the activities of  Dryden Vos (Paul Bettany) and Han Solo’s former lover, Qi’ra (Emilia Clarke).  It’s a cool reveal, even if somewhat shoe-horned in to please only the most devoted of Star Wars fans.

Ron Howard Says There Is No ‘Solo’ Sequel Planned