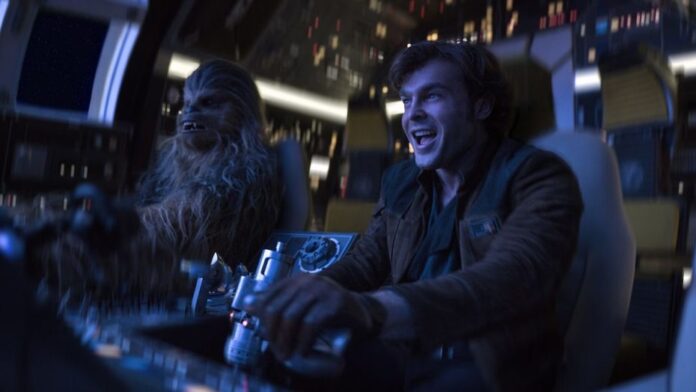 It’s kinda funny how, despite most people saying they didn’t like Solo: A Star Wars Story, and the movie’s failure at the box office, lately people can’t shut up about sequels and spinoffs.  Personally, I think we’re just wired to expect them and that’s why few can believe aa franchise movie is just one and done. Well, Ron Howard is here to tell you there is no Solo sequel happening. At least not right now.

Howard, who took over directing Solo after Phil Lord and Chris Miller exited, tells Sirius XM’s Radio Andy that another film is not in the works…

“Well, there’s no sequel planned now. It’s amazing to be a part of a Star Wars movie that seems to be a kind of underground hit, which is not what you’d expect, but that’s been an odd, strange journey for that movie.”

Now, this might not have anything to do with a rumored spinoff series featuring Donald Glover’s Lando Calrissian. That project, which some have tried to pretend is official, is very much not a confirmed thing.

Han Solo himself, Alden Ehrenreich, has suggested something COULD be happening, but again, it means nothing unless Disney/Lucasfilm make an announcement.

Even with my skepticism, part of me can’t escape the fact that Solo left a lot of potentially great storylines and characters on the table. Somebody’s got to do something with them, right?

Next up for Howard is his documentary, Rebuilding Paradise, which opens tomorrow, July 31st.