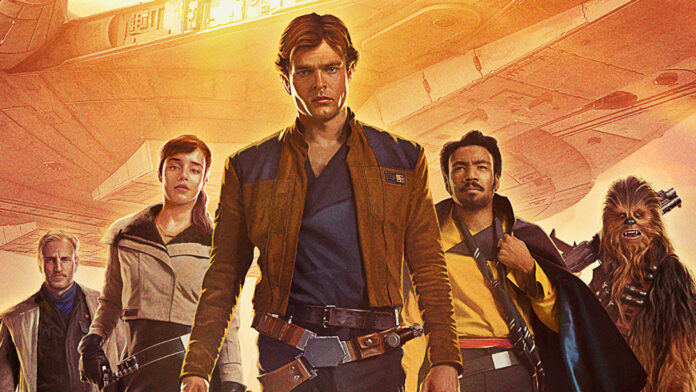 So what happens when Solo actor Alden Ehrenreich goes on tour for something totally outside the realm of Star Wars? Well, we get a lot of interviews about Star Wars, naturally, which is why there have been a flurry of reports regarding the possibility of him playing Han Solo again.

This time it’s Esquire who get a shot at asking him the same questions he’s been getting asked all week, about doing another Solo movie, and Ehrenreich says pretty much the same thing which is that it depends on the story…

What makes this time different? Well, now Ehrenreich is admitting, albeit vaguely, that a new Solo sequel might be in the works.

“No, I don’t know anything about that. I mean, you know, I think our movie was kind of the last of the conventional-era ‘Star Wars’ movie release time. I’ve heard soooome stuff, but nothing concrete.”

Some people may scoff at the idea of Disney/Lucasfilm ever wanting to go back to the Solo well, but it’s not out of the realm of possibility. Maybe not in a traditional sequel sense, but a Disney+ series makes some degree of sense. They’re already on a prequel kick with Obi-Wan and Cassian Andor shows, and Han Solo would fit right in. They could also decide to ignore Han and follow one of the many other characters that appeared in the movie. I’d love a show that digs into the criminal underworld where Darth Maul, Qi’ra (Emilia Clarke) and other characters reside.  I guess The Mandalorian fills that niche a little bit, but there’s more that could be done.

Ehrenreich is on tour promoting the release of his new Peacock series, Brave New World, which is available now.