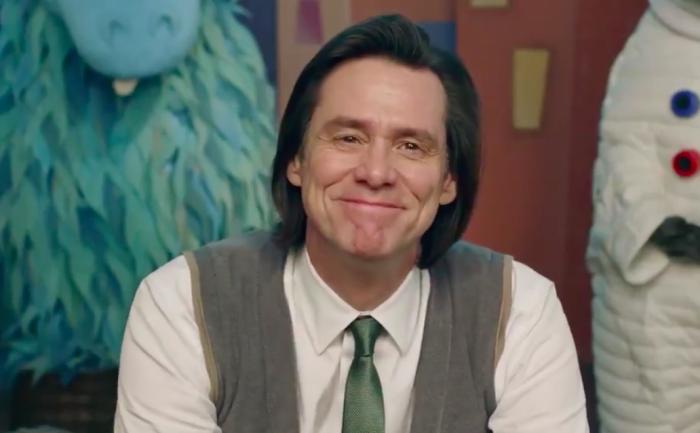 I wouldn’t normally post this trailer for Showtime series Kidding, but there are two reasons I felt it was an absolute must. First, it reunites Jim Carrey and Eternal Sunshine of the Spotless Mind director Michel Gondry. Second, it looks fucking fantastic, with Carrey playing some kind of offbeat Mister Rogers.

Gondry is listed as an exec-producer but he clearly had some significant creative input because this trailer looks like one of his imaginative creations. The series stars Carrey as Jeff, better known to millions of kids as children’s show host Mr. Pickles. It’s a weird, semi-serious role that Carrey looks perfectly suited for, and with a cast including Catherine Keener, Judy Greer, and Frank Langella he’s going to have a lot of hilarious support.

Here’s the synopsis: In his first series regular role in over two decades, Jim Carrey stars as Jeff, aka Mr. Pickles, an icon of children’s television, a beacon of kindness and wisdom to America’s impressionable young minds, who also anchors a multimillion-dollar branding empire. But when Jeff’s family begins to implode, he finds no fairy tale or fable or puppet will guide him through the crisis, which advances faster than his means to cope. The result: a kind man in a cruel world faces a slow leak of sanity as hilarious as it is heartbreaking.


Showtime will debut Kidding on September 9th. I’ll be watching.