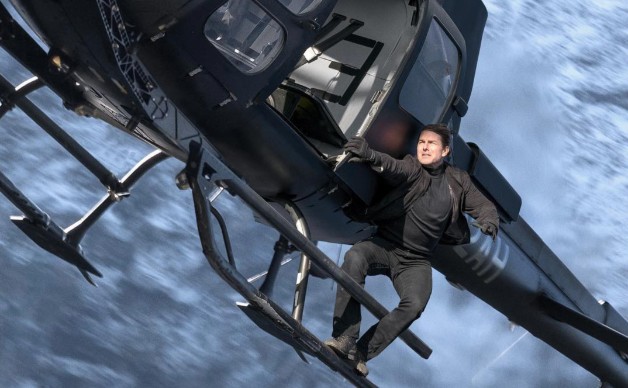 It’s funny and kind of disturbing how much the stunt that broke Tom Cruise’s foot factors into every trailer for Mission: Impossible-Fallout. And yet here it is again in the new international trailer, kicking things off (no pun intended) as Ethan Hunt makes a dangerous leap from a tall building.

Turns out, Cruise was hurt on what was probably the tamest stunt of all, and if you don’t believe that then you haven’t seen enough Mission: Impossible movies. Cruise is always upping the ante, and this time he takes part in a crazy HALO (High Altitude Low Open) skydiving sequence that I guarantee you had the insurers sweating bullets.

Here’s the synopsis for this the sixth installment of the high-octane franchise:  The best intentions often come back to haunt you. MISSION: IMPOSSIBLE – FALLOUT finds Ethan Hunt (Tom Cruise) and his IMF team, along with some familiar allies in a race against time after a mission gone wrong.