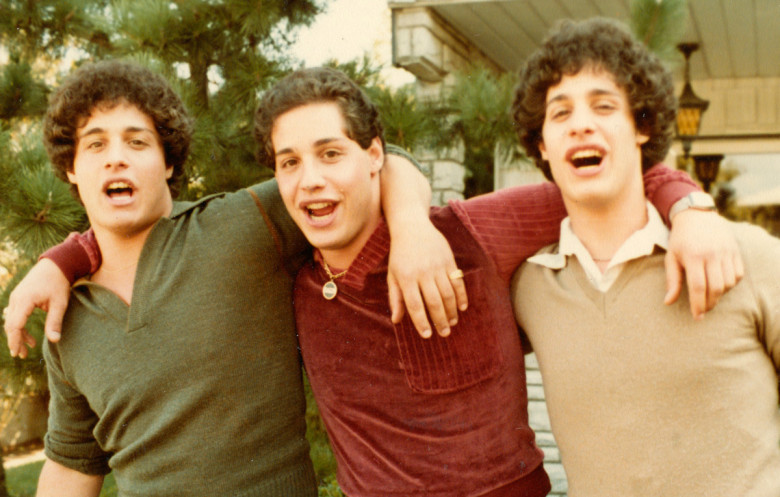 What happened to David Kellman, Robert Shafran, and Eddy Galland sounds like a mystery out of a Harlan Coben novel. Imagine how incredibly rare and strange it would be if you were to randomly meet an identical twin you didn’t know existed. And how incredible it would then be if the two of you encountered a third twin out of nowhere. You’d probably freak the Hell out and wonder if somebody was performing a cloning experiment. Well, it’s not too far off from reality, as seen in the stunning documentary Three Identical Strangers, which made a splash at Sundance a few months ago and now is headed for release.

Directed by Tim Wardle, the Sundance Special Jury Prize winner centers on David, Robert, and Eddy’s discovery that they are triplets, with Robert recounting the day he first met Eddy. We then see them in a series of videos and photographs, in some cases using their unlikely meeting to make names for themselves on TV. While this seems like a feel-good story there is a deeper conspiracy to their separation. Their parents were completely unaware of what happened, but how is that possible? And who would go to such lengths to make sure they were separated at birth?