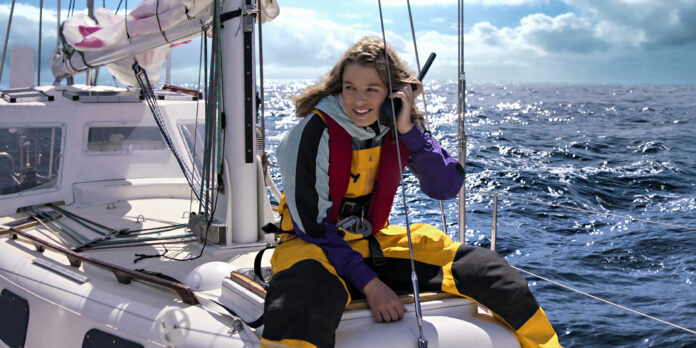 This is not your typical teen coming-of-age story. Netflix’s upcoming film True Spirit is based on the true story of Jessica Watson, who at the age of 16 set out to become the younger person to solo voyage around the world, approximately 23,000 nautical miles. The film is based on Watson’s book documenting her incredible journey.

Behind the camera is director Sarah Spillane (Around the Block), who co-wrote the script with Rebecca Banner and Cathy Randall.

When the tenacious young sailor Jessica Watson (Teagan Croft) sets out to be the youngest person to sail solo, non-stop and unassisted around the world, many expect her to fail. With the support of her sailing coach and mentor Ben Bryant (Cliff Curtis) and her parents (Josh Lawson and Academy Award winner Anna Paquin), Jessica is determined to accomplish what was thought to be impossible, navigating some of the world’s most challenging stretches of ocean over the course of 210 days.