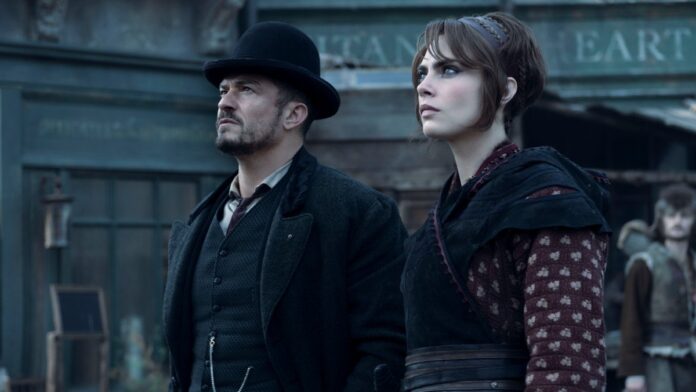 War is brewing between humans and the fae folk in the second season of Carnival Row. Actually, that war has been brewing for about four years, ever since the first season debuted on Prime Video in 2019. But various setbacks, such as the pandemic and the birth of star Orlando Bloom’s child, have kept the show on the back burner.

Unfortunately, for fans who have been waiting for Carnival Row to return after all of this time, this season also marks the end of the road. Bloom is joined by co-star Cara Delevingne in the series, which is based on co-creator Travis Beacham’s unproduced spec script, A Killing on Carnival Row. Bloom stars as former inspector Rycroft “Philo” Philostrate, who along with his former lover, Delevingne’s Vignette Stonemoss, investigates a series of murders that has heightened tensions between humans and the oppressed mythological beings.

Carnival Row returns for its second and final season on February 17th on Prime Video.