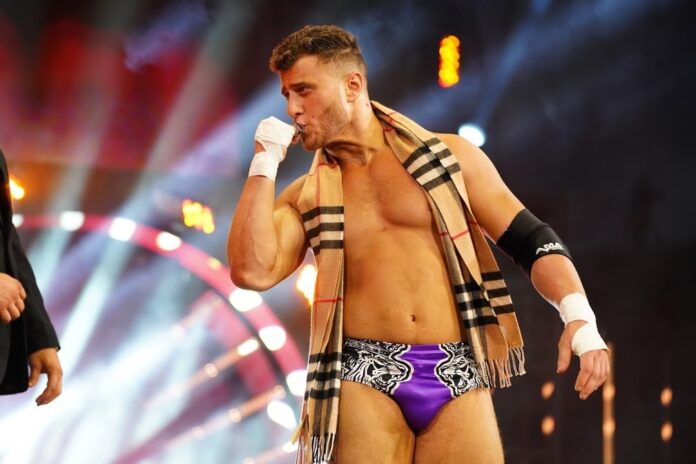 Deadline reports that Maxwell Jacob Friedman, MJF, has joined the cast of the film as Lance Von Erich, a phony son created for a rather terrible World Class Championship Wrestling storyline. MJF is an All Elite Wrestling (AEW) superstar, one of the best talkers in the business, and likely the next AEW World Heavyweight Champion. He joins an extremely talented cast that includes talents of Zac Efron, Jeremy Allen White, Harris Dickinson, Holt McCallany, Maura Tierney and Lily James.

MJF has been teasing his move into Hollywood for months, and it’s clear he sees himself eventually being on the level of John Cena and Dwayne Johnson.

Meanwhile, A24 has also dropped the first look at Efron in action as the “Golden Warrior” Kevin Von Erich, the jewel of the Von Erich siblings who would be met with an unspeakable series of tragedies.