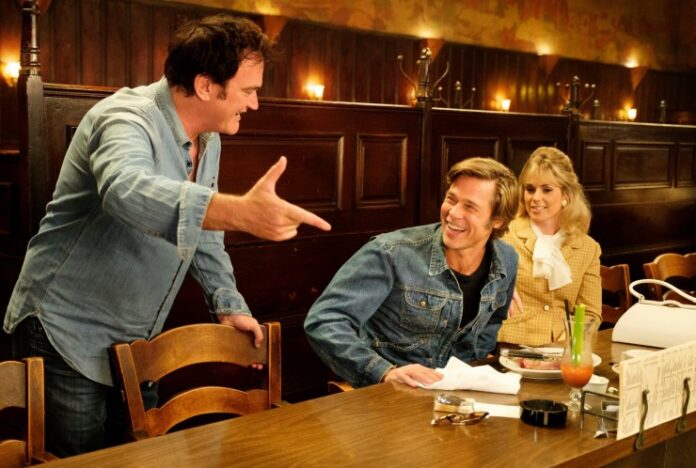 It’s easy to get excited whenever Quentin Tarantino confirms a new project. A few years ago he promised that he would only make ten feature films before retiring, and Once Upon A Time in Hollywood marked number nine. However, it’s tough to be as invested when he just sorta mentions things, because they have a habit of not happening. So excuse me if I take this latest news with a grain of salt.

During a Q&A for his new book Cinema Speculation, Tarantino said that he’s planning an 8-episode miniseries to arrive in 2023. What’s it about? He wouldn’t say. All the more reason to be a bit skeptical.

That said, Tarantino has worked in series TV before. It wouldn’t be surprising if he reunited with Netflix, who produced a serialized cut of his The Hateful Eight. Tarantino has also directed episodes of the From Dusk Til Dawn TV series, as well as other shows.

As for what his tenth and final movie will be? We have no idea, and honestly, I’m not in any rush to find out. [via Indiewire]