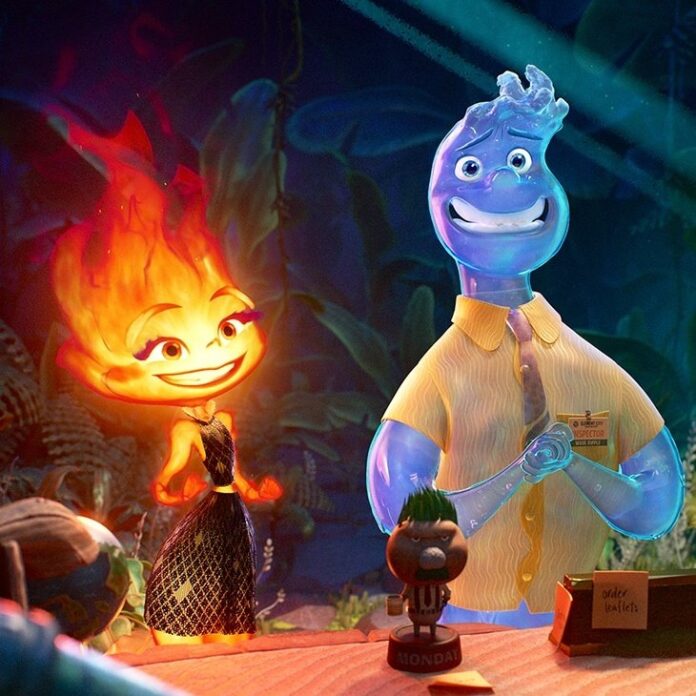 The brief footage shows us how things work in Elemental City, or at least how the various elemental residents get along while riding the subway. The story centers on two very different elementals, Ember and Wade, whose lives are turned upside down by their differing views of the world.

The story introduces Ember, a tough, quick-witted and fiery young woman, whose friendship with a fun, sappy, go-with-the-flow guy named Wade challenges her beliefs about the world they live in.