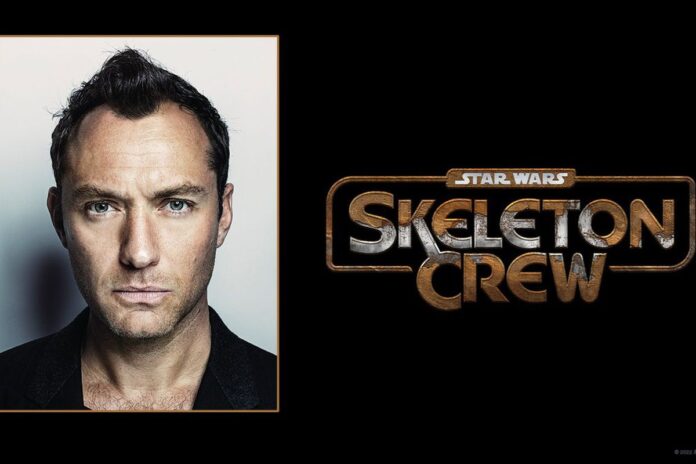 A little over a week ago we learned that Jon Watts, director of Marvel Studios’ blockbuster Spider-Man trilogy, would be moving over to a galaxy far far away for a new Disney+ series. Today at Star Wars Celebration, we not only learned the show’s title, but also the actor who will be leading it.

Previously, we’d heard the series would tell a coming-of-age story, but Watts, Filoni, and Ford were on hand to reveal a bit more. The kids will all be around 10 years old and hailing from “tiny little planet”. They’ll get lost out there in the big bad Star Wars universe, and must find their way back home. The tone will be geared towards a younger audience, offering a “different perspective” on the galaxy and the war between the Rebels and Empire. Filoni said the show will be “as much for kids as Clone Wars”.

Events will be set after Return of the Jedi, and around the same time as The Mandalorian and The Book of Boba Fett.

The title “Skeleton Crew” likely refers to the minimum staff operating a vehicle. Previous descriptions have referred to the working title “Grammar Rodeo”, which is all about stealing a vehicle for a little joy ride. Watts’ breakthrough film was the action movie Cop Car, about a pair of kids who steal a police vehicle.

Obviously, Law won’t be one of the kiddos. But perhaps a villain? A wise old Jedi or rogue willing to help them out? After playing the kindly Dumbledore for a few movies he might want to heel it up a bit.